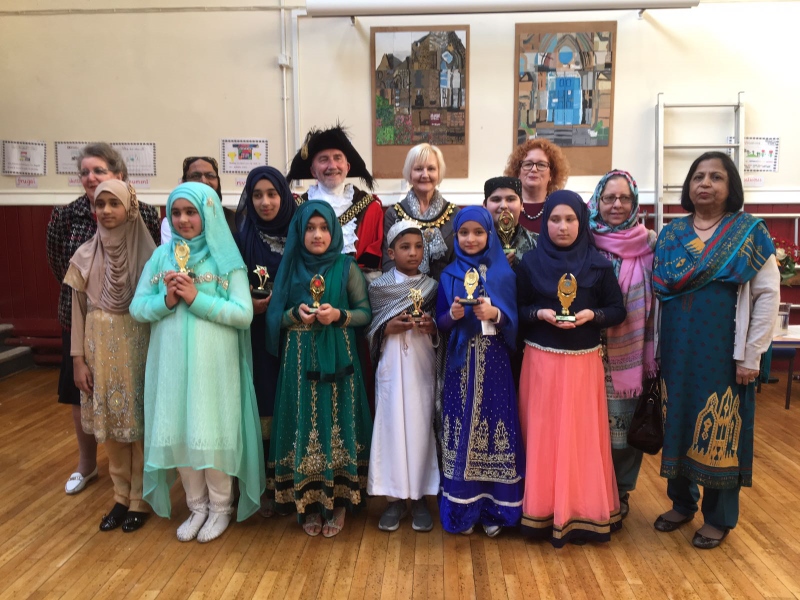 Eager smiling faces at a Bradford primary school performed at an annual Naat competition on Tuesday 14th February, a traditional affair that has been going on for over 15-years.

Naat is an Islamic recital, which is performed without music, and this wonderful event has been taking place at Lilycroft Primary School for many years with children looking forward to the competition.

Children in Key Stage Two at the school performed Naats on their own or in groups having spent recent weeks rehearsing for this special occasion. Their recitals were between two and five minutes long.

The event was attended by the Lord Mayor and Lady Mayoress of Bradford who awarded prizes to pupils.

Lilycroft Primary School’s head teacher Nicola Roth said: “This event is very important to our school and to the community. It is always very well attended and has been going for at least 15 years.

“The school and the parents take a great deal of pride in the commitment our pupils show in preparing and performing Naats to the community.”

The Lilycroft Primary School pupils’ recitals were judged by Hafiz Abdul Qadir, who is a famous Naat reciter in both the UK and Pakistan, and who was the special guest at the school for the afternoon.

The Lord Mayor Councillor Geoff Reid said: “We are delighted to be able to help highlight the importance and significance of this event for Lilycroft Primary School and the community.

“We have been really struck by the contribution our young people across Bradford make to the arts . The way in which they are going above and beyond their normal curriculum is brilliant.”