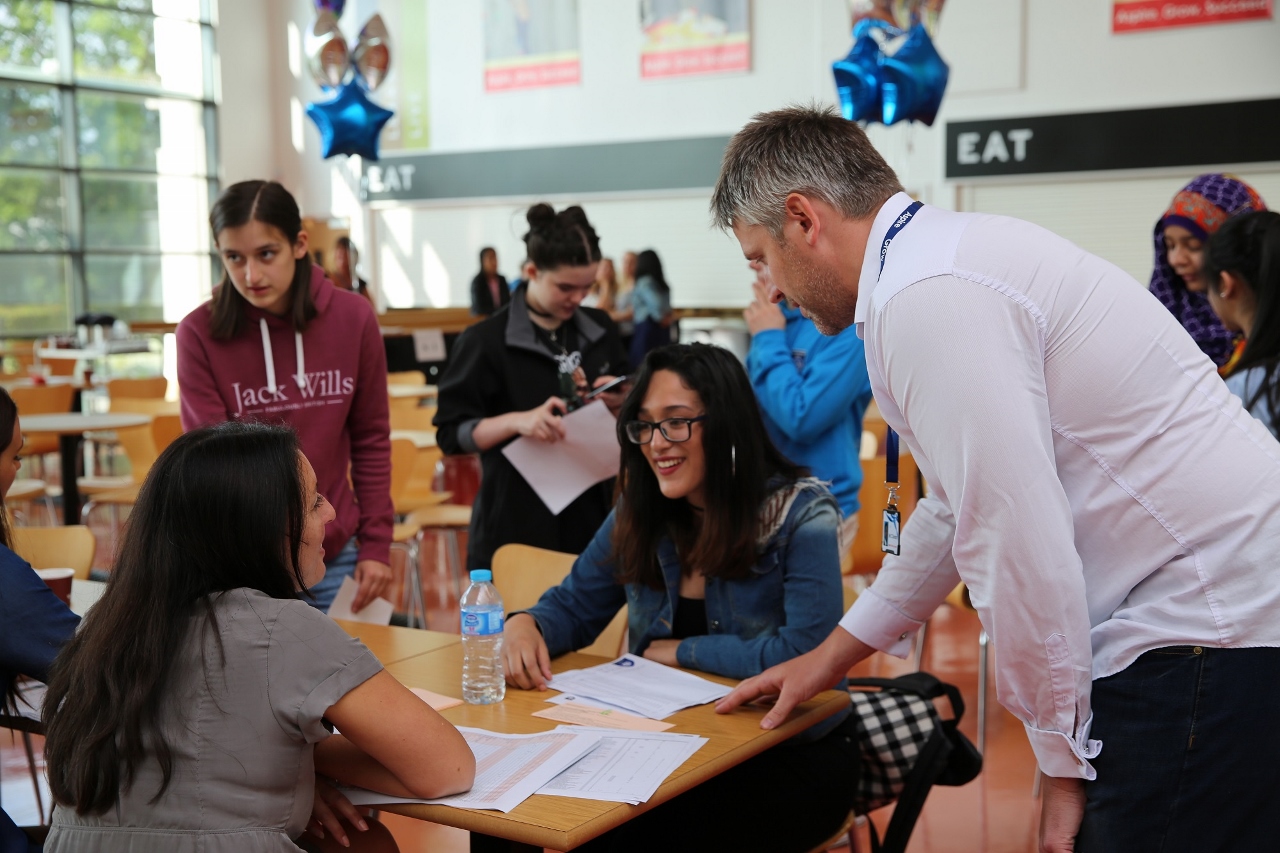 This year has seen the introduction of a new grading system for English and Maths GCSE results across England. Since Ofqual officially announced the new system would be introduced from 2017, staff at Allerton Grange have been busy preparing students for the new qualifications and translating what the changes mean for teaching and learning.

The new grading structure is not directly equivalent to the old A* – G system, however grade 4 and above is equivalent to grade C and above, which is the widely accepted benchmark for further education providers and employers. Going forward, it will be more difficult to achieve the highest grade of 9, which now includes some work that has previously been taught at A Level.

Following the new grading structure for English and Maths GCSEs, the results for Allerton Grange show rapid progress in student achievement for all abilities.

Over the last twelve months, on average, students have improved by two full grades in English, and one and a half grades in Maths.

Excellent outcomes have been achieved across all subjects in the Arts, including Art & Photography, Drama, Music and Technology. Languages have equally achieved well above national average results in French, German, Spanish and Urdu.

Congratulations to George, Anna, Kiera and Niall, who all achieved the highest grade of 9 under the new grading system for English and Maths, along with a number of A* and A grades in other subjects. They are joining Allerton Grange Sixth Form and plan to study a range of A Level courses including Maths, Geography, Physics, Chemistry and Spanish.

Our DAHIT (Deaf and Hearing Impairment Team) students also received pleasing results; Amaan scored five A*- C grades and Ese achieved top grades in all of her subjects, including As and a 7 in double Science and Maths respectively.

Allerton Grange Schools’ Headteacher, Mr Mike Roper, said, “We are extremely pleased that, under the new grading system, our results show rapid progress for our students in both English and Maths.

“Allerton Grange is a school that supports each individual student to achieve their full potential, no matter their ability level or starting point. Therefore, we welcome the new structure that focuses more on progress.

“Our strengths lie in high standards of teaching, focusing on differentiated learning, which stretches and challenges all abilities, achieving progress for our students. I am proud of their achievements and look forward to welcoming them back into the Sixth Form in September.”

Faith in Food: Curry festival branches out to all religions