A high school in Halifax has managed to raise over £21,000 in charity after one of their classmates died from cancer in 2014.

Over the past two years, Halifax Academy has been busy washing cars, hosting tea parties and climbing mountains in the memory of a Year 11 pupil who was diagnosed two years ago.

Ali Raja was a bubbly and charismatic student whose diagnosis was ‘devastating’ for everyone at the school.

A PE teacher at the academy, 32-year-old Yasar Mohammed said: “As a community, everyone was shocked but knew that there was always hope. Ali Raja was extremely brave; he always had a smile on his face regardless of what life had thrown at him. He was very mature.

“His peer group, who were an extremely close unit, were eager to raise awareness with an aim of trying to help Ali and try to understand his needs.”

The first set of charity funds were given to the local hospital where Ali Raja was being treated. The class all went collectively to donate the money to the sick children, taking toys and gifts such as iPads.

Halfway through the charity fundraising, Ali was given just a few months to live.

The funeral attendance was in its thousands and reflected the impact that Ali had on everyone that met him.

“I used to go see him alot. He was very religious and it was probably his faith that got him through and accept the illness that he had,” Mr Mohammed said. “He was very impressed with all the work the students were doing.”

Students decided that the best way to commemorate their classmate was to build a water well. It was agreed that this should be placed in a less developed country and so the students picked the South of the Philippines after researching its levels of poverty. 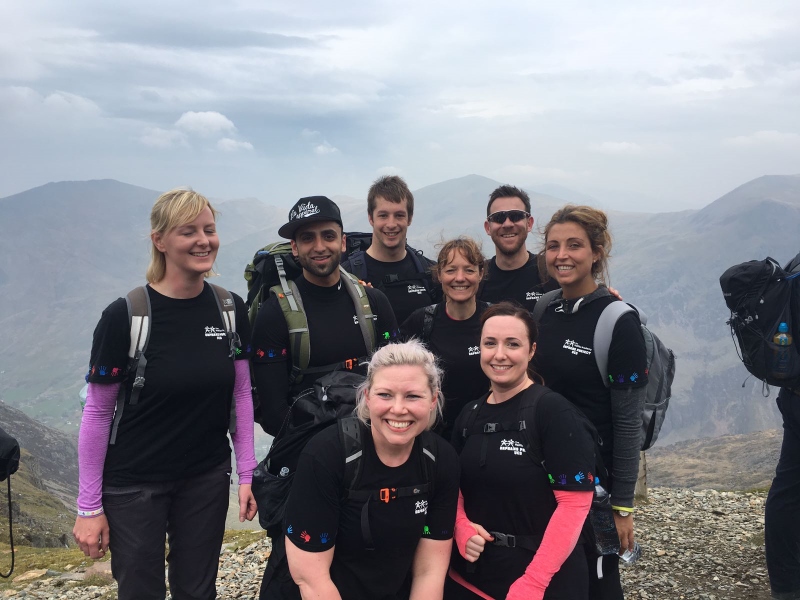 The following year, Mr Mohammed wanted to add to the fantastic work that had previously been done.

After a long hard discussion with staff, it was decided that the next step would climbing Mount Snowdon.

Mr Mohammed said: “This was an incredibly ambitious target given the elements of safety, support and planning required, but as always the staff at the Halifax Academy came together cohesively to make it a success.”

In total, over 136 climbers ascended the highest mountain in Wales, the youngest of which were 11-years-old.

Mr Mohammed added: “Only six of the 92 students didn’t make it to the summit and those were the ones who didn’t come along to the training and weren’t mentally prepared for the challenge.”

“It was an amazing experience. The children who participated were fantastic, they were motivated, determined and resilient.”

He continued: “The walk up the mountain showed that only the sky is the limit for our students and anything can be achieved. As teachers, it is our job to inspire.”

So far, the school has raised £21,000 – an astonishing sum given the relatively short time frame, which will go towards helping fund orphanages in Pakistan.

Success for charity who raise thousands to put disabled on the...