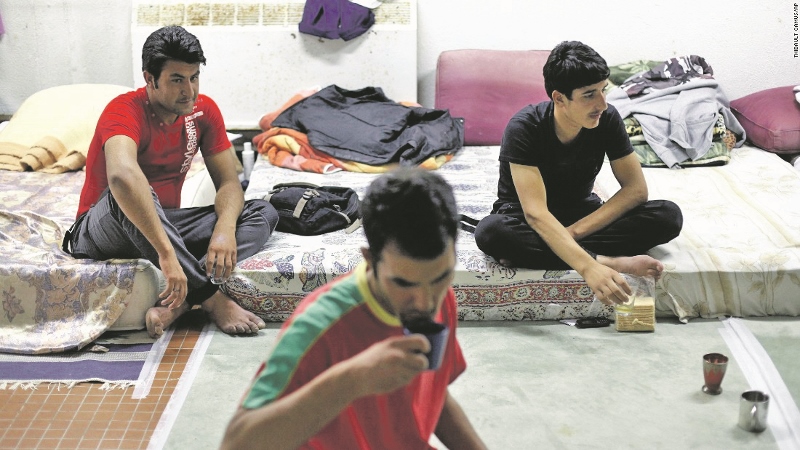 Police started moving hundreds of refugees and migrants out of a decommissioned secondary school in Paris early on Friday 23rd October, ending a four-month stand-off over their use of the building.

Officers cordoned off the area before dawn as the inhabitants, including refugees from Afghanistan, Eritrea and other trouble spots, gathered calmly in the school grounds waiting for buses to pick them up.

Police at the scene declined to comment on the operation or say where the migrants were going.

About 100 migrants moved into the empty Lycee Jean-Quarre building in the capital’s northern 19th arrondissement in July and numbers soon climbed to more than 700.

In September, a French court gave them a month to leave the premises, which city authorities had been hoping to renovate to turn into a temporary shelter for migrants and, eventually, a library.
European leaders have struggled to agree on a strategy to deal with a surge of people arriving at their borders from Syria and other war-ravaged regions in the Middle East and Africa.