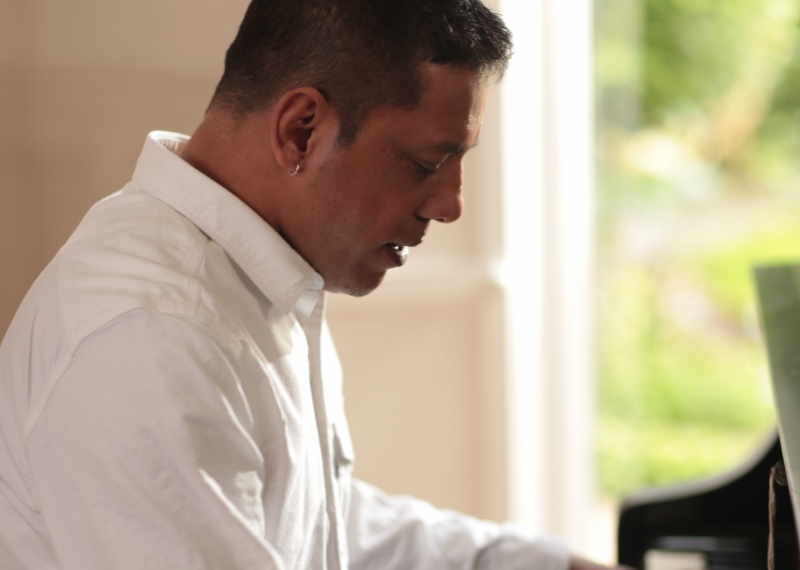 “I wanted to create an emotional father daughter story. I star opposite my two actual daughters in it. I think everyone will find the video very heart warming.”

After surprising everyone with his debut single ‘Give My Love A Brand New Name’, former kickboxing world champion and father-of-three Ali Jacko is ready to deliver another knockout blow with his brand new track.

Ali’s list of wins in his kickboxing career are seemingly endless, but the major milestones were when he became the first Asian to win British, European, Inter-Continental and World Full-Contact kickboxing championships.

The latest song titled ‘You Are The Reason’ is a beautifully crafted rock ballad, will be released in the lead up to Father’s Day on 19th June. Dedicated dad Ali  says his children inspired him to write the track, which revolves around loving someone unconditionally.

“This song is very pure in its sentiments so can be about anyone who brings out feelings of unconditional love,” says Ali.

“My two daughters inspired me to write this song. They might say that “daddy is our hero”, but actually they are the ones who are my heroes – simply because they inspire me everyday to work harder, reach greater heights for them and be the best I can be,” he adds.

“I feel energised and inspired when I am around them. (Laughs) Like all parents there are days it can get stressful, but I feel that is all a part of the joy. I am really proud of my children and love them all unconditionally.”

The London based singer/songwriter who has just finished shooting a big budget music video for the song directed by Andrew Martin – an acclaimed filmmaker, sees Ali starring alongside his daughters.

Affectionately known as Jacko by his legion of devoted fans around the world, he hopes the emotion of the song will form a lasting connection with all those who listen to it. He is also hoping to celebrate the achievement of hard-working fathers with the track, which releases worldwide early June and will be available to download from iTunes.

“There are so many hardworking fathers around the world who would give their life for their children and I am one of them.

“I could give you a hundred reasons to legally download the track, but ultimately I hope it forms a connection to people’s hearts and I’m confident this song will touch people’s hearts too.”

Since Ali’s debut, he’s been globe-trotting working with some big names in the music industry in UK, India and USA. Now the artist is working on an album, which Ali says is a compilation of songs composed by top music producers from around the world.

Ali has also built a state of the art music studio in the heart of London, as a creative space to encourage other new musical talent, and one which he uses himself too.

“I didn’t go looking for music, but instead music found me. The past eight months have been life changing and I am now creating music that will make a real difference and connect with audiences around the world,” explains Ali.

What the Devon is this?