Warm message from Bradford to India

Determined fundraisers from a school in Bradford have helped purchase more than 500 blankets for some of the world’s poorest families after selling traditional bracelets to their fellow pupils.

Not only did the quartet market the bracelets, but they also designed and manufactured the products themselves.

With the girl’s business savvy attitude, and determination to raise funds for the charity, they were able to sell out of products, setting a new trend amongst their fellow students.

In total, more than £340 was raised for the Saisruti Charitable Trust, with the organisation using the funds to purchase the blankets before shipping them to those most in need.

Tanu Bashir the UK representative for the Trust, thanked the girls for their efforts and sent a number of photos from the individuals who have benefited from the blankets, over in India.

He added: “These blankets were greatly appreciated by those who were in great need of the aid.”

The Saisruti Charitable Trust is a registered charity which is actively involved in voluntary services mostly in India.

Through fundraising work around the world, they help people in the most deprived areas of the South Asian country with healthcare and the provision of clothes.

Following the project, Bradford’s own ‘Bracelets for Blankets’ team said they were determined to hold similar events in the future.

“We decided to raise money for this charity, and help some of the poorest people in India, by selling our own range of Himalayan crystal bracelets to family and friends” they said. 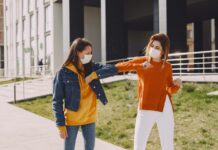 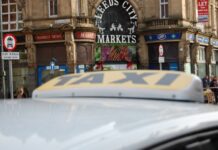