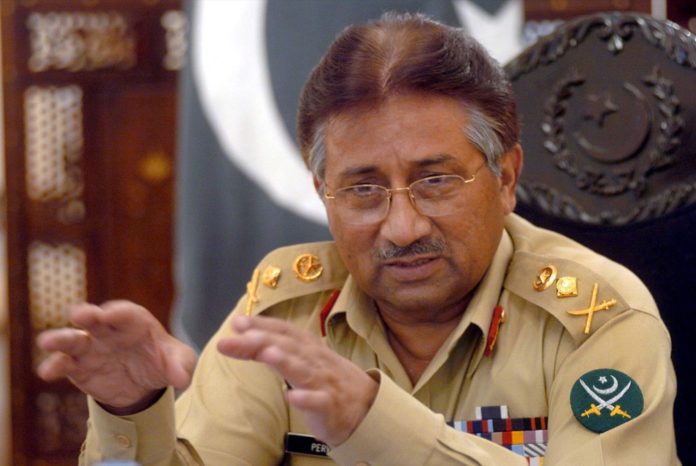 Pakistan’s former military leader General Pervez Musharraf has been sentenced to death at a special court hearing in Islamabad.

Musharraf was found guilty of high treason and subverting the constitution by a special court, Pakistani officials said.

The special three-member court sentenced him over a high treason charge that has been pending since 2013.

The charges against the 76-year-old surround his controversial decision to declare a state of emergency in 2007. At the time, he had imposed emergency rule and placed several senior judges under house arrest in a move intended to extend his tenure.

Musharraf, who seized power in a 1999 coup and ruled until 2008, is currently in Dubai after leaving Pakistan for medical treatment three years ago.

Musharraf will be able to appeal the verdict in the Supreme Court. If that fails, he could plead for a pardon from current Pakistani President Arif Alvi.

In addition, he may be able to avoid the sentence by staying in the UAE, which has no extradition treaty with Pakistan.

His lawyer Akhtar Shah said Musharraf was ‘still in Dubai and sick’ and would not return to Pakistan unless he was given ‘foolproof security’.

Musharraf issued a video statement from a hospital bed earlier this month, describing the case against him as “baseless”.

Musharraf portrayed his decisions at the time as a ‘necessary’ step to fight the growing Taliban insurgency in Pakistan.

However, his opponents said he had apprehended the judges to stop them challenging his re-election as President earlier that year.

Prosecutors accused Musharraf of failing to consult Pakistan’s prime minister and said the state of emergency was illegal.

The treason charge is one of a raft of court cases which Musharraf has faced since leaving office, including a murder charge of which he was acquitted in 2016.

Musharraf was also accused of involvement in the assassination of former prime minister Benazir Bhutto, who was gunned down in Rawalpindi in 2007.

At the time, his government blamed the assassination on then-Pakistani Taliban chief Baitullah Mehsud, who denied any involvement.

In 2017 Musharraf was declared a ‘fugitive’ in the Bhutto murder trial, which ended with charges against five alleged Taliban militants being dismissed.

Musharraf is the first senior military figure to face trial in a country where the armed forces are often considered too powerful to challenge.