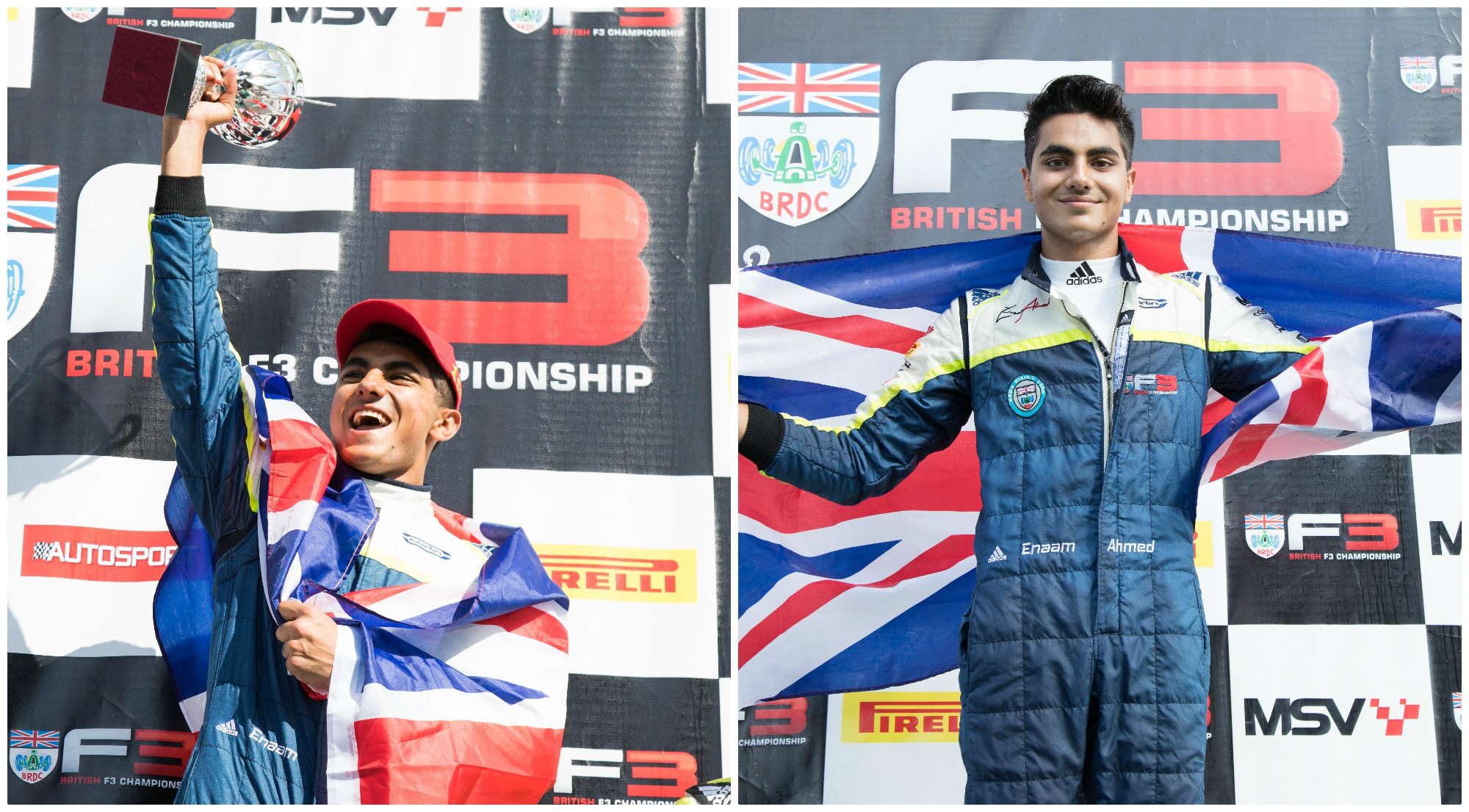 Enaam Ahmed’s dominance in British F3 follows his previous success in karting where he was the youngest driver to win both World and European KF3 Junior Championships in the same year, at the age of 14. This surpassed triple F1 World Champion Lewis Hamilton, who won it age 15.

Triple F1 world champion Senna scored 12 wins en route to his own title-winning British F3 campaign in 1983, a tally that Ahmed has now beaten with his 13th victory of a dominant season, as he ended a record-breaking year in the same winning fashion he began it.

Results from Donington mean Enaam has created another piece of British F3 history, finishing the season with the highest amount of points ever-achieved in the series (654). The 17-year-old also enjoyed the biggest winning margin over second place with a mammoth 164-point gap.

Having wrapped up the title with three races to spare at the previous round at Snetterton, the Carlin driver headed to the 4.020km Leicestershire Grand Prix circuit determined to continue the superb form which has seen him pick up more than half of the race victories on offer this season and take at least one win at every single meeting of the year, barring Silverstone.

Talking after the race, Enaam Ahmed, said: “I set out at the start of the season to win the Championship, but to break Ayrton’s record in the process has been incredible. He is a driver I unfortunately didn’t get to watch live but one that I completely idolise.

I just want to say a massive thanks to everyone in the team at Carlin who gave me a really good car all year and now we can go and celebrate a little bit. It’s been a phenomenal year and now I need to focus on what I’m going to do next. It’s going to be an even tougher challenge, moving up the ladder is always going to be tough so now it’s all about getting ready for that.”

His dominance in British F3 follows his previous success in karting where he was the youngest driver to win both World and European KF3 Junior Championships in the same year, at the age of 14. This surpassed triple F1 World Champion Lewis Hamilton, who won it age 15.