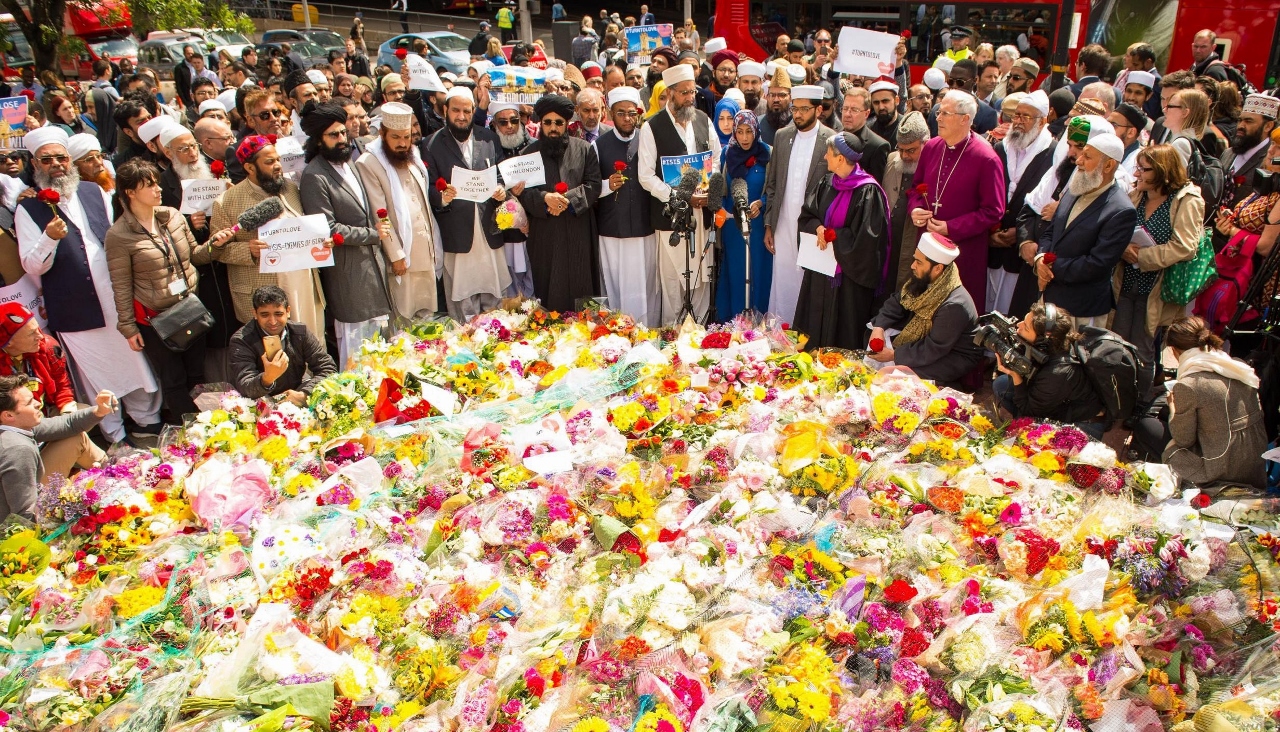 “Mosques will “challenge, robustly and precisely, the perverted interpretation of Islam that is put forward by Isis and other extremist groups”

Over 500 UK imams came together to condemn the recent atrocities in Manchester and London and make clear that there is no religious justification in the taking of innocent lives.

Imams, at an event near London Bridge on Wednesday 7th June, paid tribute to those killed in the terror attacks and spoke out strongly against those who commit them.

Earlier in the week, 130 Imams set of the ‘refusing to bury’ initiative by signing a pledge, shared by the Muslim Council of Britain, to refuse Islamic burial rites to individuals who have committed terror crimes.

Support for the move rapidly spiralled, with the figure now standing at 500 Imams who have united in the renewed efforts against extremism.

The British Muslim Forum (BMF) said members would set out how communities and mosques will “challenge, robustly and precisely, the perverted interpretation of Islam that is put forward by Isis and other extremist groups”, while calling on people to report anyone expressing sympathy to authorities.

A statement condemning extremism and terrorist violence, endorsed by 500 British Imams from all over the UK, was read out publicly.

They also reiterated their commitment to not accept terrorists in life or death by refusing to perform funeral prayers for terrorists.

Imam Qari Asim MBE, spokesperson for the British Muslim Forum and Imam of the Leeds Makkah mosque, said: “We want to send a clear message to any Muslim attracted to violent extremism. This is forbidden by your religion.

“There is no justification in Islam for taking innocent life.

“If you follow this path you are stepping away from Islam to a dark and Godless place. Your views are not welcome in our mosques or in our communities. This is not a path to heaven – think of the pain you will cause, the lives you will destroy. Please, think again.”

Shaykh Shahid Raza, a trustee of the British Muslim Forum said: “Most Muslims in Britain know full well that the extremists are not good Muslims.

“But, we know that there are individuals and organisations trying to sell a perverted version of Islam to impressionable young people.

“We want to make very clear, as Islamic scholars and leaders, that they are wrong. The violent and hate-filled views they hold are not Islamic.”

Shaykh Yunus Dudhwala, head of chaplaincy at Barts Health NHS Trust, said the “grassroots” movement was part of efforts to show those at risk of radicalisation that the ideology espoused by Isis is “not from the teachings of Islam”.

Imam Dudhwala said it was essential for young Muslims to be part of local mosques to gain full religious teaching and discuss theological questions.

Mosques and Islamic groups across the UK have condemned the London Bridge attack and other atrocities committed by Isis supporters.

Worshippers at a mosque attended by Khuram Butt pointed out that he had been thrown out after ranting about elections and claiming voting was “un-Islamic”, but not detained despite numerous warnings to police over radicalisation.

Security services are facing serious questions over why they did not prioritise the attacker, who was known to police and MI5, and publicly associated with Anjem Choudary’s network of extremists.

They have also been criticised for letting fellow attacker Zaghba Youssef into the UK after he was prevented from travelling to join Isis in Syria and told Italian police he “wanted to be a terrorist”.

His mother, Valeria Collina, told reporters in Bologna she understood imams’ refusal to offer prayers for her son.

“I understand them and share their choice because we need to send a strong political signal,” she said.

The third attacker, Rachid Redouane, had been refused asylum in the UK but gained residency through his marriage to an Irish woman who suffered domestic abuse because of her refusal to convert to Islam.