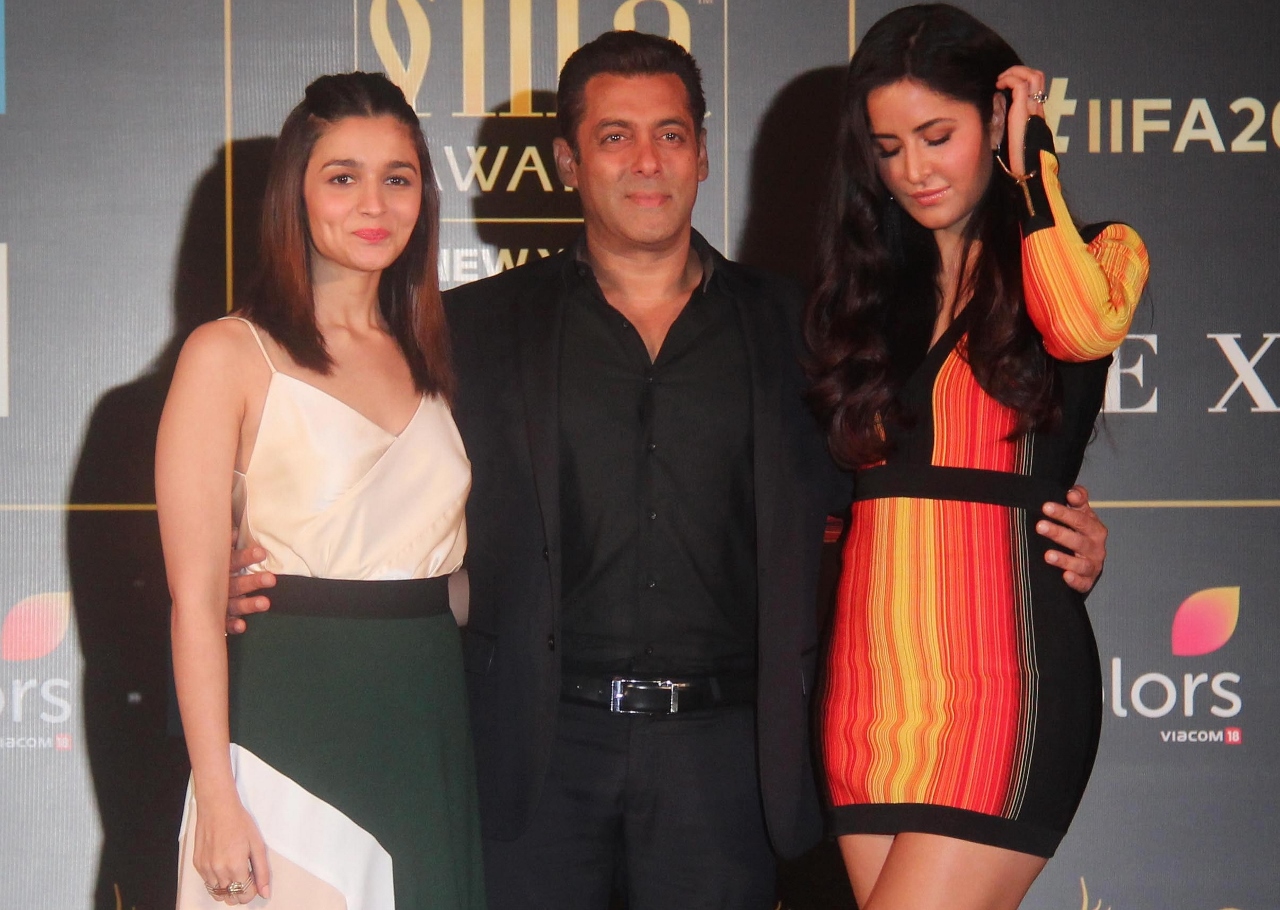 18th edition of IIFA festival all set for the grandest celebration of Indian film, music, fashion and dance

The International Indian Film Academy (IIFA) has announced the 18th edition of the most spectacular celebration of Indian Cinema worldwide that will be hosted in the city of New York, from 13th – 15th July 2017 this year!

The IFA Awards are among the most coveted and highly anticipated award celebration that honours the very best of Indian Cinema with the highest level of achievement seen through the glamorous IIFA statuette.

To reveal some of the exciting details about the upcoming IIFA Awards, Bollywood’s superstar Salman Khan was joined by leading ladies Katrina Kaif and Alia Bhatt at the official IIFA press conference in Mumbai today at Taj Lands End.

Commenting via video link, Salman Khan said: “It always feels great to be a part of the IIFA Movement and I look forward to the 2017 IIFA Awards.”

“It is such a great platform that not only showcases the celebration of cinema globally, but also it’s a great opportunity for us to reach out to our fans worldwide. I am excited that this year, it is happening in one of my favourite cities – New York!”

Speaking about her debut performance at IIFA, Alia Bhatt shared: “I am very excited to be a part of IIFA 2017, as this is going to be my debut at the IIFA Festival after five years in the industry.

“I am super excited that IIFA is being held in the beautiful city of New York. IIFA is all about togetherness and the celebration of the Indian cinema globally and I eagerly look forward to this celebration.”

IIFA Rocks has always been a star-studded affair with a mélange of glitz, glamour and star power. It is a celebrated global event that has been growing each year.

This year, IIFA Rocks will celebrate 25 years of A. R. Rahman in the industry. The show is set to feature a never seen before medley of musicians that includes Diljit Dosanjh, Benny Dayal, Javed Ali, Neeti Mohan, Jonita Gandhi and Haricharan Seshadri. IIFA Rocks will be hosted by the charismatic duo Riteish Deshmukh and Manish Paul.

The popular category nominations are available for the global audience to participate in the voting process and will be open till 18th June 2017.  The final winners of the IIFA Awards are revealed on the night of the Awards ceremony. The results are surrounded by secrecy and the credibility of the voting process is one of the key parameters of this prestigious award.

Wizcraft International Entertainment Pvt Ltd, known for pioneering many extravagant and mesmerizing events in India and across the world, conceptualized IIFA 17 years ago, by the creative genius of the trio of masterminds – Andre Timmins, Viraf Sarkari and Sabbas Joseph.

The vision was to celebrate Indian cinema outside India; and IIFA (International Indian Film Academy) the flagship brand is the accomplishment of that dream.

IIFA is dedicated to building bridges across cinema, businesses, communities and nations, creating everyone’s dream: “One People. One World”. The journey over these past 17 years has seen the brand evolve from a one night affair to a weekend, which celebrates and hosts various events and activities related to cinema, business, culture, music and fashion. Hosting a variety of events during the weekend IIFA helps bring together a global community of people from all walks of life.