Over 800 guests turned out for the 33rd Annual Aagrah Business Dinner last weekend as records were broken on a glamorous night in Rotherham.

Organised by the Yorkshire-based Aagrah Group of Restaurants, influential business guests, including CEO’s, Managing Directors and other key decision makers, attended the hot ticket event, helping to raise an amazing £125,000.

For the first time since its inception, the charity business dinner was held outside West Yorkshire at the magnificent Magna Science Centre.

Representatives from regional, national and global brands turned out in force to one of the biggest business events of its kind, with the dinner widely acknowledged as a fantastic platform to network, connect and engage.

Keynote speaker, Lord Karan Billimoria, wowed guests with his truly remarkable and inspirational speech, whilst entertainment was provided by India’s biggest dance academy, performing spectacular and glittering routines with a troupe of dancers.

Meanwhile, guests were treated to a lavish five-course Aagrah banquet which included a theatrical whole leg of lamb per table, gently cooked to perfection with rave reviews by guests.

The prestigious black tie dinner focuses on a current business topic with this year’s theme ‘Northern Powerhouse’ – a proposal by the government to boost economic growth in the North of England. The North, in particular Yorkshire, has some of the largest and most successful companies with their head offices based in this part of the country.

Aagrah’s Managing Director, Mohammed Aslam, MBE said: “It’s great to see so many people here, we are truly grateful to everyone for their support in particular and our lead partners, Cobra, Kingfisher, LWC, Pepsi and Tilda. Without their support this would not be possible.”

Aagrah is the UK’s and Europe’s largest Kashmiri restaurant with 15 branches employing 500 staff.

With a share in the home dining market, through their popular Tarka Cooking sauces, available in Asda and Co-op, the company has grown into a nationally recognised brand.

With generous support from their sponsors and supporters,  they have raised over £2.1 million. This money has transformed the lives of many and all ages. This year’s beneficiary charities are Weston Park Hospital Cancer charity, in Sheffield, and Mosaic.

The Dinner also played host to an award ceremony for the South Asian Chef Competition (SACC).  In a very close fought contest, judges eventually awarded the title to  Mariappan Sethurajapillai, from Deli 6 Restaurant in Sutton, winning  first prize of £2,000 and a membership of Craft Guild of Chefs. 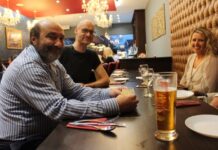 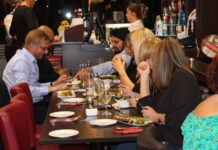 Eat Out to Help Out – how does the government’s 50% off voucher work?