November has seen a marked escalation in violence in Syria, with teams on the ground receiving round-the-clock reports of attacks on towns and villages.

The latest such attack, on Sunday 24th November, hit and completely destroyed a maternity hospital in southern Idlib.

The attack comes less than a week after 22 people were killed in northern Idlib, following attacks on the border village of Qah.

Islamic Relief has been on the ground providing support.

Head of Middle East and North Africa Region for Islamic Relief – Najat Elhamri, said: “The (recent) attack completely destroyed one of the largest hospitals in southern Idlib, collapsing the roof, setting parts of the structure on fire and leaving little but rubble in its wake.

“The hospital specialised in paediatric and maternal care and as rockets and bombs began to rain down on the village of Kansafra, patients including pregnant women and young babies had to be evacuated into the cold streets.

“Patients told our staff they were terrified as they heard explosion after explosion go off in the background and tried to seek safety from the bombardment. Normally, under international law, hospitals must be protected but as experience has shown – when attacks start in Syria, medical facilities are not only unsafe but are often ground zero.

“We have now seen more than 45 attacks on hospitals and medical facilities since last April. That’s more than one a week. The violence means that the level of care patients receive is decreasing all the time. Life-saving drugs are running out, there is a mass shortage of medical staff and an ever-shrinking list of places for people to seek treatment.

“Islamic Relief is doing what we can and we’re supplying hospitals – including the one destroyed last night in Kansafra – with key equipment and drugs. We’re also paying the salaries of critical medical staff, but it is not enough.

“The last two weeks have seen a marked escalation and we are receiving round-the-clock reports of attacks on towns and villages which are being hit with every kind of munition you can think of – from bombs and bullets to cluster munitions and barrel bombs.

“Just last week we saw horrifying attacks in northern Idlib where at least 22 people, most of them women and children, were killed in the village of Qah that is now also home to thousands of internally displaced people who fled here in search of safety.

“We fear this string of attacks might only be the beginning and that yet more violence is about to befall people trapped in north-western Syria who face a deeply uncertain future and live in constant fear that they may not live to see the end of this merciless crisis.” 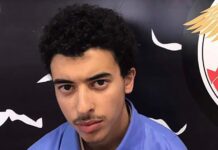