Huddersfield Town have won promotion to the Premier League for the first time after beating Reading 4-3 on penalties at Wembley.

Christopher Schindler struck the winning spot kick to send the Terriers into euphoria after Liam Moore and Jordan Obita’s both missed crucial penalties to cost the Royals.

This was Town’s second successive shootout win on the spin having won the semi final against Sheffield Wednesday on spot-kicks.

As for the match as a spectacle it was far from memorable as what was at stake for both sides lead for noticeable nerves for the duration.

Overall David Wagner’s side had more of the play and had the best chance to avoid extra time and penalties if Izzy Brown hadn’t bumbled wide from millimetres out after Elias Kachunga devilish delivery.

The West Yorkshire club have been starved of top flight football since 1972, making the achievement even more substantial as the Royals were in England’s highest division as recent as 2013.

Reading, who finished four points and two spots higher than the fifth-placed Terriers in the Championship, will now be left to reflect on a fourth play-off final defeat.

Following Town’s triumph and open top bus paraded through the streets of Huddersfield as 25,000 fans turned out to celebrate their team’s heroic efforts, starting at the John Smith’s Stadium and finishing in St George’s Square.

The victory is even more astonishing considering Town finished 19th in the previous campaign but Schindler’s decisive pen meant the club will receive at least £170m over the next three years by winning promotion.

Despite reportedly have the fifth-lowest budget in the division the Terriers were able to pull of the improbable and now whole town will stand benefit from the revenue that will follow as some of the biggest names in football visit Yorkshire’s only representative in the top flight. 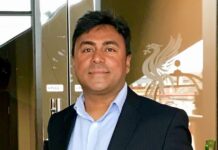 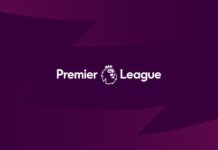 New funny man on the block