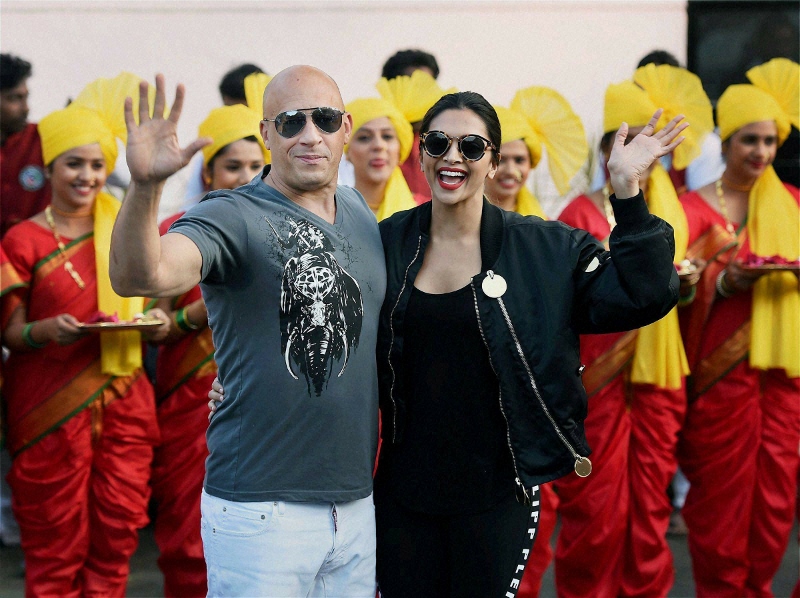 Accompanied by the film’s director D J Caruso and actress Deepika Padukone, who’s making her Hollywood debut with the action-thriller, Vin was given a desi welcome at the airport.

49-year-old Vin took to social media to share his excitement of being in India by posting a picture of himself with co-star Deepika.

“As a child I always dreamed of visiting India… Thank you Paramount for making this dream come true. Xander.”

Vin landed in the morning at Mumbai on Thursday 12th January. Dressed in a blue T-shirt and denims, the actor was welcomed by a group of women wearing Maharashtrian ‘nauvari sari’ at the airport.

Deepika, who donned an all-black outfit, was all smiles and posed for the cameras with Diesel and Caruso.

Taking to Twitter, Caruso also expressed his excitement over visiting India for the film’s promotions.

“The greatest welcome ever! #XXXIndiaPremiere. Wow and a blessing to go with it,” he wrote.

The team is set to interact with their fans at Phoenix Mills and attend their film’s Indian premiere there. An after party has been planned nand is set to be attended by Bollywood celebrities.