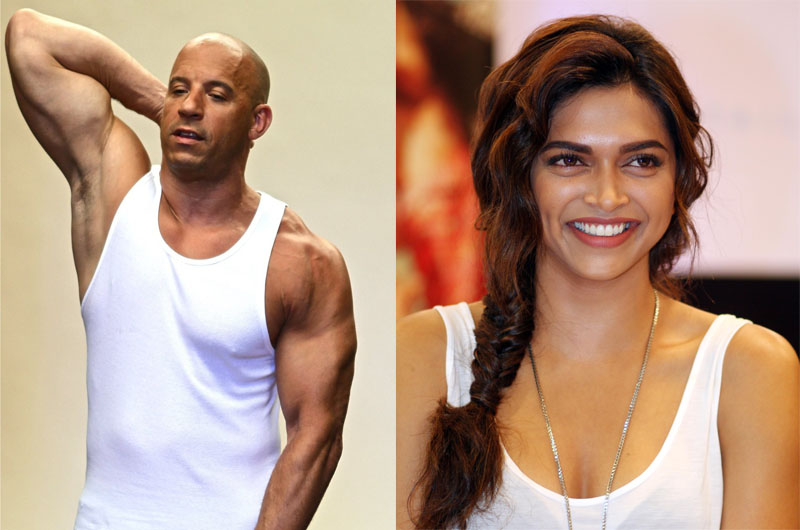 “In my head I’ve amazing babies with Vin Diesel”

During her debut appearance on world famous chat show “The Ellen DeGeneres Show”, Indian actress Deepika Padukone revealed she has a big crush on Hollywood action star Vin Diesel and said that in her head, she has “amazing babies” with him.

When DeGeneres said: “There is a romance going on, that’s what you would get from that as well… Look at that face! Does that mean there is?”, Deepika responded: “Well, there is no smoke without fire!”

Deepika also said she wasn’t informed that she got the role till the end.

She said: “I actually auditioned for ‘Furious 7’ about two or three years ago and for whatever reason that didn’t work out and I think people remember me for that audition.

“Everyone talks about that chemistry and people remember me from that and then, about a year ago, I get a call from Paramount saying that they are casting for this film and I flew down and met DJ, my director Caruso, and then Vin found out in Los Angeles that I was in Toronto. So overnight, luckily I had a visa, and he said, ‘I want her to come and see me’.”

“So, overnight I flew down from Toronto to Los Angeles to see Vin and suddenly in the middle of the night we are doing this forty-five minute photo-shoot.”

Deepika was also confused when Diesel made the news of her casting public with a poster.

Back in India, Deepika will next be seen in Sanjay Leela Bhansali’s “Padmavati”.

Why Kangana Ranaut chose to play the role of a ‘simple’...