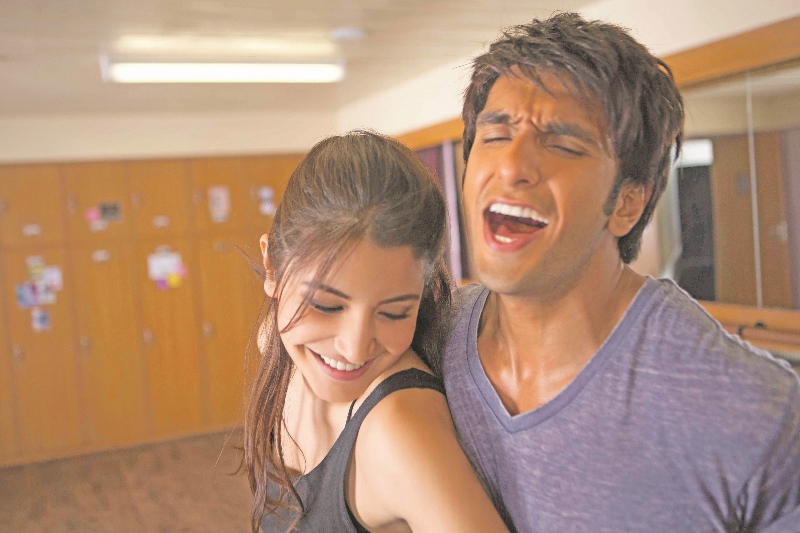 Fans of ‘Dil Dhadakne Do’ have another reason to celebrate as Ranveer Singh and Anushka Sharma will be seen choreographing their own dance moves for an upcoming song in the movie.

The peppy, Punjabi dance number is called ‘Pehli Baar’ and has been sung by Sukriti Kakkar and Siddharth Mahadevan. This is the third song released from the film, the first one being the title track sung by Priyanka Chopra and Farhan Akhtar and the second ‘Gallan Goodiyaan’.
Within hours of its release, #PehliBaarOutNow began trending on Twitter.

While Anushka. who plays a dancer in the movie, described the track as a ‘crazy fun song’, Ranveer, who plays the role of Kabir Mehra, took to the microblogging site to say: “My fav song from DilDhadakneDo releases tomorrow morning! PehliBaar …Let’s chat abt it later tomorrow after you’ve seen it..around 2pm.”

Even Priyanka Chopra, who co-stars as Kabir Mehra’s sister Ayesha, couldn’t resist and tweeted that Anushka and Ranveer were ‘just killing it’ in the song.

Dressed in casuals, Ranveer and Anushka look natural in the song and seem to be enjoying a great on-screen chemistry.

Before working on their steps, the actors took a brief from the movie’s director, Zoya Akhtar, and the famous choreographer duo Bosco-Caesar. The idea to make Anushka and Ranveer dance to their own steps was originally from Zoya, who wanted to capture the song in a fluid way where they are both seen as having fun. Both Ranveer and Anushka are considered good dancers and Zoya wanted them to follow their own dancing instincts for the song.

The team took just around an hour to decide and choreograph the steps, following which they started shooting. The song had some sequences of jiving, which Ranveer and Anushka kept improvising upon during the shoot. The final song looks natural and effortless, just like it was meant to be.