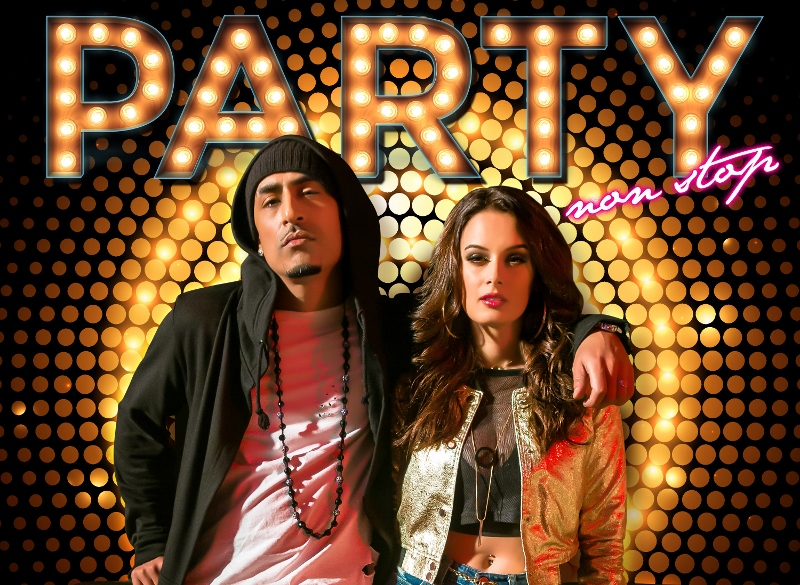 Award-winning music producer Baljit Singh Padam AKA Dr Zeus is no stranger to success with his blow-up tracks including ‘Baby Doll’, ‘Kangna’, ‘Lovely’ and ‘Don’t Be Shy’, just to name a few.

Today Dr. Zeus has dropped his next anthem ‘Party Non Stop’ featuring his vocals for the first time along with the sensational singer Jasmine Sandlas and rapper Ikka Drops.

Dr. Zeus has infused the rustic vocals of Jasmine Sandlas and the swag of rapper Ikka over a slick beat tuning it into a contemporary club banger that’s set to become this summer’s PARTY anthem!

Dr. Zeus added: “I’m so excited to finally reveal this amazing track we’ve been working on.

“Jasmine’s voice and Ikka’s rap adds a perfect edge and character to the track with the uplifting beats.

“We had a great time shooting the video with Evelyn Sharma and I’m hoping it becomes this generation’s dance party song.”

Directed by upcoming film maker Arif khan, the enthralling music video for the track features the gorgeous Bollywood actress Evelyn Sharma who’s seen partying on a playful night of nonstop fun, dance and entertainment against the backdrop of the song’s infectious rhythm.

From a warehouse to a party by the pool, the video also features Dr. Zeus, Jasmine Sandlas and Ikka and is a vibrant piece of work that elevates the song further!

Known as one of the most influential artist in the Punjabi Music scene, Dr. Zeus has achieved huge success in his long and illustrious career. He gained stardom in India in late 2003 with his hit song ‘Kangna’ following which he has become a popular name all over the world.

Starting in 1999, Dr. Zeus produced the remix album ‘Pure Garage – Sue My Ass’ before following up with ‘Death Jamm’ series of mixes. Throughout his 18-year long recording career, Dr. Zeus has released more than thirty anthems, each of his tracks offering a constantly evolving sound.

“It’s great to have Dr Zeus on board, he’s done some incredible work in the past and we instantly fell in love with this track when we heard it,” says Mohit Suri.

“Combining his influences from his Punjabi background with urban and pop music, the track will definitely appeal to a wider audience.”

“The collaborative effort between Zeus, Jasmine Sandlas and Ikka is surely going to be a chart-topper this summer. Our partner Mohit Suri has been an instrumental part of this whole journey with us & we’re elated to finally reveal this summer’s party anthem.”