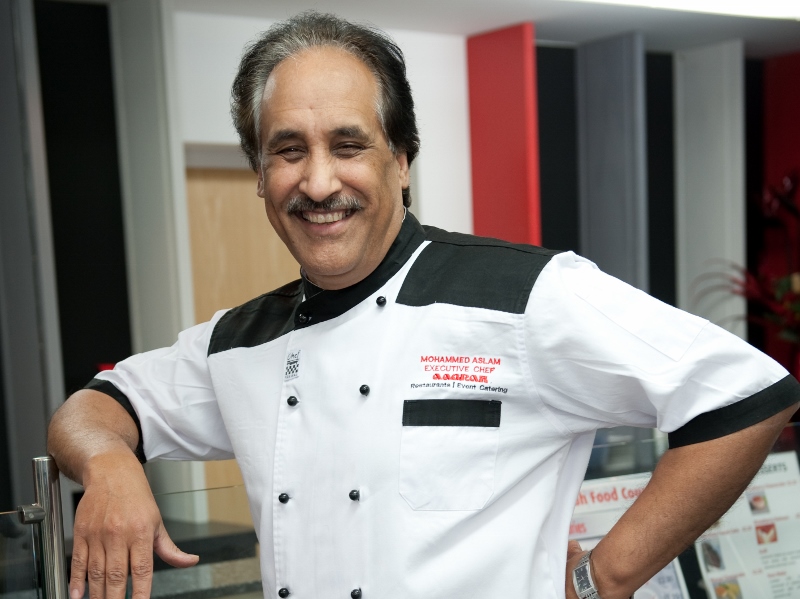 One of Yorkshire’s most famous restaurateurs will adopt a new uniform later this year after being named as the new Deputy Lieutenant for the County of West Yorkshire.

Managing Director at Aagrah Restaurant Group, Mohammed Aslam, will assist the Lord Lieutenant, Dr Ingrid Roscoe – who represents HM The Queen in the execution of her duties in the County.

Having spent much of the past four decades in the heat of kitchen, Mr Aslam says he is honoured to have received the position and is looking forward to representing Yorkshire.

“I will do whatever is required of me,” he said. “I’m very honoured to be offered this opportunity to further help the community.”

Mr Aslam, who was previously awarded an MBE by the Queen in 2009, will be expected to attend a number of events where the Lord Lieutenant is unavailable.

“From a business point of view, we like to support the communities in which we work and this is an opportunity for me to do something further for the people around West Yorkshire,” he added.

Aagrah Restaurant Group was set up by Group Chairman, Mohammed Sabir, in 1977 and has since grown into Europe’s largest Kashmiri restaurant chain with 14 sites throughout Yorkshire.

Mr Aslam has worked with both community and industry initiatives during his working life, visiting schools and colleges to inspire and promote the industry.

His passion for food has led to both national and international recognition over the years, boasting not one, but two, International UK Chefs of the Year awards.

A Special Recognition accolade, presented by Prime Minster David Cameron, was also received previously at the British Curry Awards in 2013.

Eat out to help out: Diners to get 50% off in August to boost restaurants