Jo Cox may only have been an MP just over 12 months –but she certainly made a huge impression during her tragically brief time in government.

As a former head of policy for the charity Oxfam and an advisor to Gordon Brown’s wife Sarah, Jo was a huge political inspiration to many thanks to her tireless campaigning for a more diverse society where difference is celebrated.

The former charity worker explained these ideals in her maiden speech last year.

She said: “Our communities have been deeply enhanced by immigration, be it of Irish Catholics across the constituency or of Muslims from Gujarat in India or from Pakistan, principally from Kashmir.

“While we celebrate our diversity, what surprises me time and time again as I travel around the constituency is that we are far more united and have far more in common with each other than things that divide us.”

Jo’s achievements, her aspirations and her views prove she was someone who did indeed unite people and build bridges across communities.

Sadiq Khan, the new Labour Mayor of London, reflected on his memories of Jo Cox.

“Everyone who met Jo knew she was special. I knew her from her time as a fearless campaigner working on behalf of some of the world’s poorest and most marginalised people and helped her, a little, in her campaign to become the Labour candidate and MP for Batley and Spen.

“I knew that she would bring all her passion for social justice and equality to Parliament and fight just as hard for her own community in Westminster as she has for so many others around the world.

“In the year she was an MP she made more impact than others make in a whole parliamentary career. Jo loved being the Member of Parliament for Batley and Spen.

“She was the most powerful advocate for the people of Syria, ensuring their plight stayed on the political agenda as well as reminding us all of our country’s proud record of humanitarianism and brought her expertise to bear on some of the most pressing global challenges of our time. But she was also an extremely hard-working local MP for her home constituency and so proud of her roots there.

“Jo was one of the smartest and most independently minded MPs, respected by people from all parties. She was also warm and funny – I remember her telling me recently that she was going to get permission from the House of Commons to park her little boat at Parliament so she could drive it to work.

“It is typical of Jo that she was serving her community… doing what she loved, when this horrific attack happened. I will miss her.”

Former Conservative chair, Baroness Sayeeda Warsi tweeted a picture of herself with Jo shortly after news of her death was announced, describing her as a ‘kind, warm person’ and a ‘brave, principled politician’.

On Friday, a vigil took place in Centenary Square in Bradford and a minute’s silence was held.

Bradford Council Leader, Cllr Susan Hinchcliffe, said: “In just a short time she served her constituents so well. She has shown what a good public servant she should be.”

Through reading the seemingly infinite tributes to Jo online today, whatever the motive of her killer, one thing is clear: our nation is poorer for her absence. 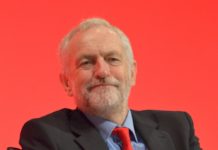 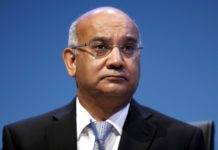 “We need to get this party started”

Tributes to a ‘one in a million father’