US officials refuse to explain why

A British Muslim family in London were banned from boarding a flight to Disneyland, Los Angeles, on 15th December by US authorities at Gatwick airport. US officials have refused to explain why this happened.

Mohammad Tariq Mahmood, from north-east London, was excited to be going on the holiday to California with his brother and nine of their children.

Mahmood said: “It’s because of the attacks on America – they think every Muslim poses a threat.”

He said the children had been counting down the days to the trip for months, and were devastated not to be able to visit their cousins in America.

Mahmood is the latest British Muslim to have reported being suddenly barred from getting on a transatlantic flight, despite having been granted authorization online by US authorities.

Senior politicians have been asked to look at the incident, warning of a growing trend of the number of British Muslims being barred from the US without being told a reason for their exclusion.

Prime Minister David Cameron said that he will examine the case, which comes as a leading community group in the US has warned that Muslims are being subject to ‘an unprecedented and dramatic increase’ in violent incidents.

This attitude may be borne out of the recent terror attacks in Paris and the mass shooting in San Bernardino, California.

The case of the family from London, who were turned back at the airport, has been raised by the British Labour MP Stella Creasy who says that because US authorities are holding back information, resentment is being fuelled within British Muslim communities.

In an article for the Guardian, Stella said:“Online and offline discussions reverberate with the growing fear UK Muslims are being ‘trumped’ – that widespread condemnation of Donald Trump’s call for no Muslim to be allowed into America contrasts with what is going on in practice.”

Mahmood said that the airline told them that they would not be refunded the cost of their flights – which amounted to about £9,000.

They were also forced to return items bought from the airport’s duty-free shops, before being escorted out of the airport.

“I have never been more embarrassed in my life. I work here, I have a business here. But we were alienated,” Mahmood said.

Two days after the family was stopped from boarding their flight, another British traveller, Ajmal Mansoor, an imam and lecturer based in Bristol, was turned away from boarding a flight to New York.

“USA has the right to issue and revoke visa – I fully understand that,” Mansoor wrote in a Facebook post. “However not forwarding any reasons infuriates ordinary people. It does not win the hearts and minds of people, it turns them off.”

Social media was buzzing with comments about the Disney disaster on Twitter.

On the other hand, conservative British columnist Katie Hopkins has spoken out in favour of Trump’s (unconstitutional) proposal.

“If Donald Trump wins the race to the White House I’m moving to America,” she tweeted the other day. 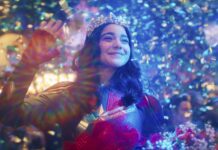 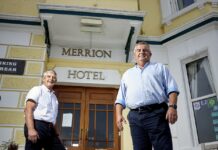