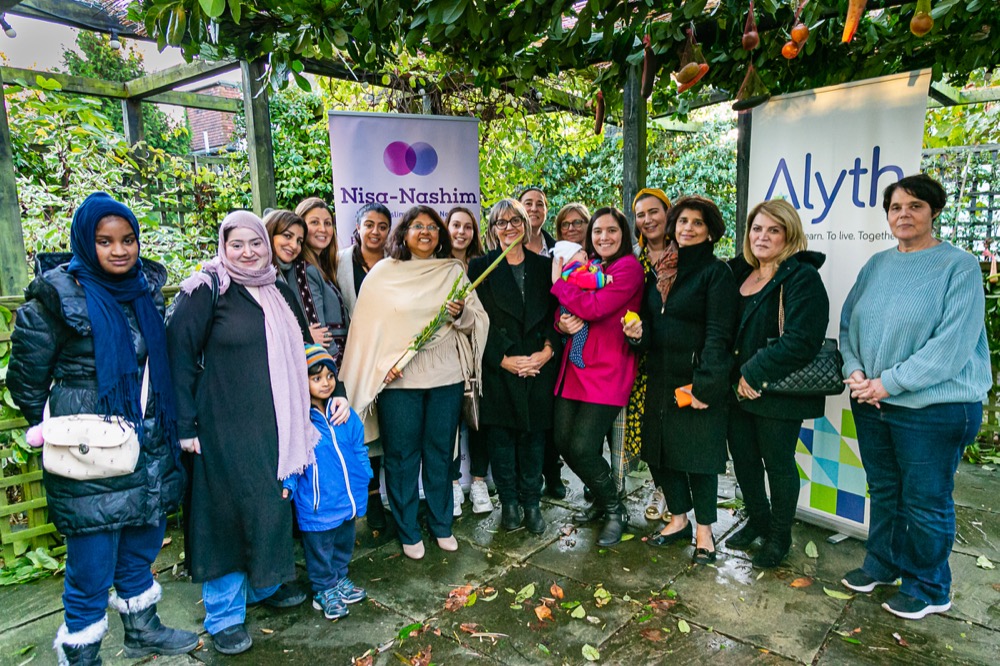 Muslim women have been attending synagogues over the Jewish festival of Sukkot to show support in the aftermath of the violent attack in Halle, Germany, this month.

With arms linked in unity and strength the Muslim women, many attending with their daughters and other family members, vowed to stand solidly as allies with their Jewish sisters. The events are being led by Nisa-Nashim, the Jewish Muslim women’s network.

The first took place at Alyth Synagogue in Golders Green. The Muslim women, who had travelled from as far as Stafford to be there, stood alongside Jewish congregants in the sukkah – the temporary Jewish ritual home during the festival – in an act of strength and togetherness.

Alyth’s Rabbi Hannah Kingston welcomed the group – which included four mother and daughter pairs, one grandma and a four-month-old baby girl, as well as some supportive husbands and men – into the sanctuary of the sukkah.

She said: “We were deeply touched to see so much support from our Muslim neighbours after the atrocity in Halle this week and we welcome them to see our religious home as a place where they are always welcome.”

The Muslim women, none of whom had been in a sukkah before, learned about the festival, then, in turn, took part in some of the rituals including shaking the lulav and holding the etrog. They were then taken on a tour of the synagogue, which has been a fixture in Golders Green since 1936.

Nisa-Nashim trustee Ahmereen Rezza (pictured holding the etrog) said: “This was a first for me, but I live around the corner and felt compelled to be here to show that, as a Muslim, I will not stand by and do nothing when Jewish people are threatened, particularly in their place of worship.”

The festival of Sukkot runs from Sunday October 13 until Sunday October 20. During this period, Muslim and Jewish women have also been standing side-by-side in sukkahs in Leeds, London and Bournemouth.

Nisa-Nashim co-founder Laura Marks OBE added: “Whilst we were brought together by the atrocity at Halle, the warmth, friendship and love in that chilly sukkah ensured that we all went home fortified and determined to stay close.”

Better in school, worse in work

“Our heart is where your home is…” Moorland Properties dedicated to...