The man who took bollywood playback music to new heights with his soothing and pitch-perfect vocals gave a sensational live performance to an audience of 5,000 people at the Apollo in London, on Saturday 22nd November.

The magic created for the songs by the voice of Kumar Sanu, musical direction of Nadeem Shravan and Anu Malik teamed with lyrics from Sameer, remains unmatched even today. The show was a reminder of those classics.

At the Apollo legendary Kumar Sanu along with India’s melody queen Alka Yagnik, who have delivered hundreds and hundreds of tracks both independently and together, belted out mind-blowing 90’s romantic and shaadi classics, which are enjoyed even today.

Vocalist and songwriter Kumar Sanu is no stranger to success. A living legend who has performed over 20,000 songs in more than 24 languages for Bollywood movies, he has won an unprecedented collection of awards including the Filmfare Award for the Best Playback Singer in 1990, ‘91,’92, ‘93 and ’94 – a consecutive record that still stands in the Bollywood industry to this day.

Speaking exclusively to the Asian Express Kumar Sanu said that very often it’s the singers in the Indian film industry that set the scene for the hero/heroine and the directors for the filming of the song in the film.

Recently he released his first album in the UK, ‘Hum Tum’, and now he’s also released his new single ‘Rangleni’.

‘Rangleni’ is a light Indian classical song based on traditional tines, the song also has a huge crossover appeal for Western audiences – full of sweeping orchestration and drama similar in sound to some of the most iconic Bond themes.

With additional charity work that includes Tsunami Victims Support, Cancer Research donations and school & orphanage development programmes, Kumar Sanu was recognised by the Indian government in 2009 when he was awarded the Padma Shri award – the 4th largest civilian award it is possible to receive from the Government in India. 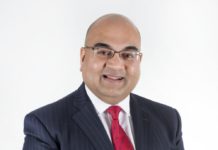 Birmingham Mela pulls in over 90,000 visitors