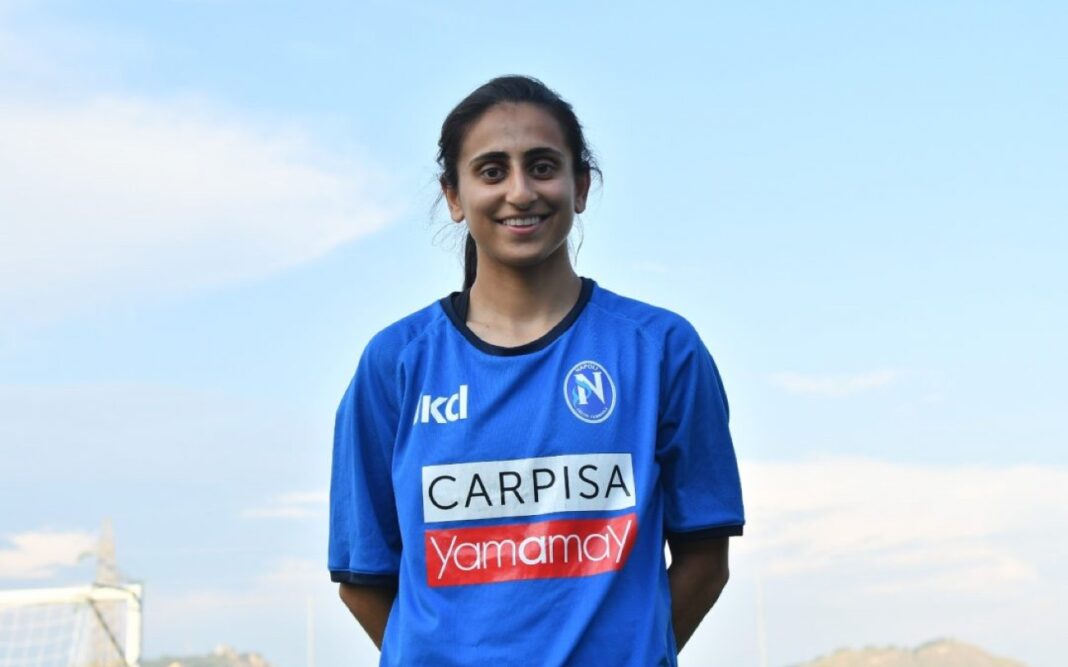 A young woman is continuing to score goals in the hearts of her fellow Bradfordians after she was hand-picked to play professional football for Serie A Women’s side Napoli.

Aqsa Mushtaq’s family realised she was football-crazy when she began playing football at the tender age of six. The youngest of three siblings, she’d be found kicking the ball about with her brother at every opportunity.

In her early teens, despite the wider Asian community finding it rather odd that a girl they knew was dressed in shorts kicking a ball about, it was when she was awarded a full scholarship at Lenoir Rhyne University in North Carolina, that they began to take her seriously.

Upon being awarded the US scholarship in 2016, she left the water-logged pitches of West Yorkshire for the sun-kissed fields of North Carolina to pursue her football adventure whilst studying for a sports psychology degree.

After graduating and returning home during the government-imposed Covid-19 lockdown in March, 22-year-old Aqsa was contacted by an agent for Napoli looking for a winger.

“An agent called and said the team liked the video they’d seen of me, and they needed a winger who was a good dribbler – I was thrilled!

“Then the club got in touch and signed me up, and I arrived in Italy on Monday 17th August.

“I had to undergo the Covid-19 test, I had to wait 48-hours before I could meet the team. It was just fantastic, they were all really welcoming.”

With Napoli giving Aqsa all the bells and whistles including paid for accommodation, she says she’s settled in really well and praised the professionalism of the team and coaches.

“Luckily, my immediate family has been incredibly supportive. They welcomed my chance to study and play the sport in North Carolina.

“And now with me playing professionally, things have gone to a whole new level.”

As the only professional footballer in her family, Aqsa adds that she now hopes to inspire other young footballers to follow her example.

“There aren’t many Asian women in the sport professionally, and I hope that I can become some sort of role model for the next generation.

“I know many young Asian girls playing sport who don’t pursue it or push to pursue what they love.

“My message to girls is that no matter what you do, there’ll always be someone trying to drag you down. Never mind them, you can’t please everyone, just please yourself – I did, and look at me now – I’m living the dream.

“If you put your mind and heart into something you can achieve it. Don’t be afraid of what people will say.”

LILYCROFT ROAD INCIDENT: This is the moment a 61-year-old female pedestrian...