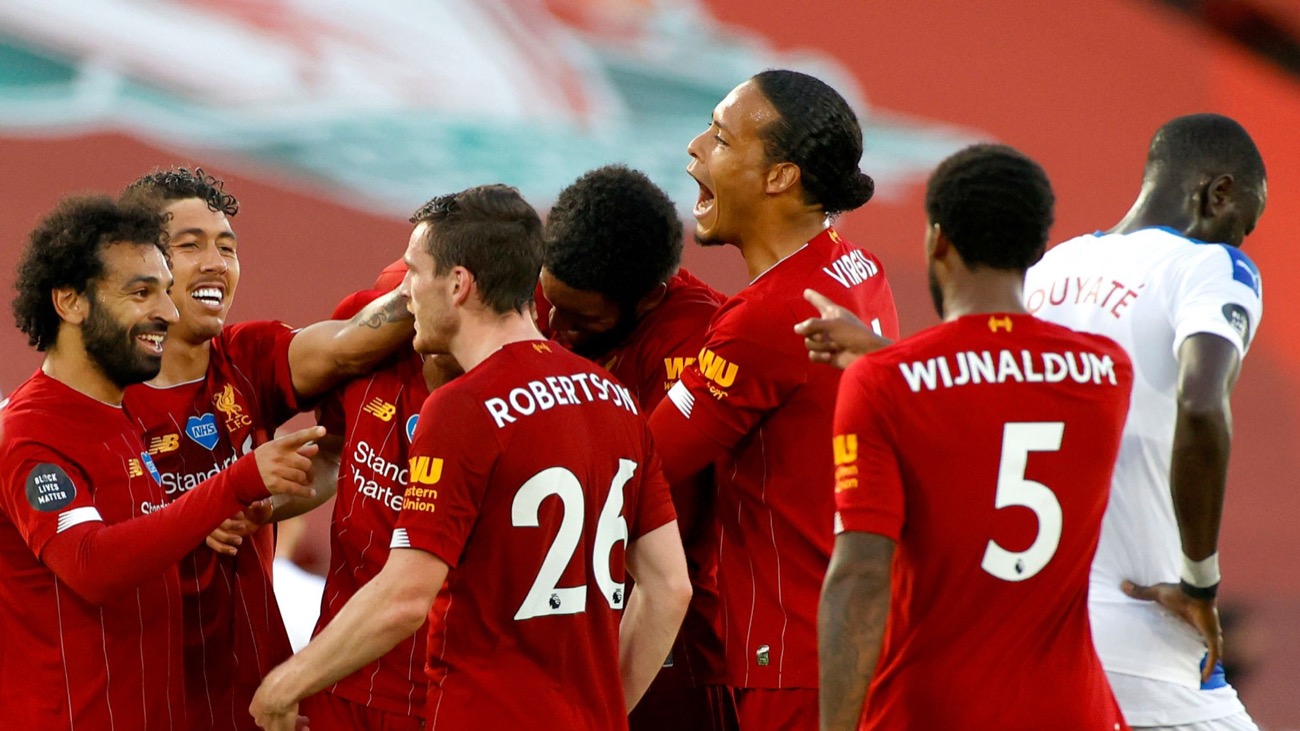 It’s taken £1.47bn spent, 239 players, nine permanent managers and a steadfast 30-year wait for Liverpool, and what a wait it’s been!

A number of Reds players, including goalkeeper Alisson, defender Virgil van Dijk and midfielder Alex Oxlade-Chamberlain, celebrated together after watching the Chelsea-City game.

Liverpool manager Jurgen Klopp hailed the moment as ‘incredible’ as he paid tribute to club legends Kenny Dalglish and Steven Gerrard on this historic occasion.

“It’s much more than I ever thought would be possible. Becoming champion with this club is absolutely incredible.

“I haven’t waited 30 years – I have been here for four and a half years – but it is quite an achievement, especially with the three-month break because nobody knew if we could go on.

“I know it is difficult for people in this moment but we could not hold back. We will enjoy this with our supporters when we can.”

With the global Covid-19 pandemic disrupting everything, football fans groaned with the suspension of the Premier League for three months.

For Liverpool supporters though, the lurking possibility that the season might have been declared null and void, meant bracing the reality that their remarkable efforts could have been wiped from the record books.

The Premier League’s return in June enabled them to cap their stunning success.

But, Liverpool will not be able to celebrate their long-awaited success with their supporters immediately, at least not in the traditional sense.

As with Wednesday’s impressive 4-0 win over Crystal Palace, when they next play at Anfield – against Aston Villa on Sunday 5 July, and for their two other remaining home games – it will be behind closed doors.

It also seems unlikely they will be able to take part in any of the usual public events in Liverpool, such as an open-top bus parade around the city.

By a quirk of fate, though, the next time they take to the field will be at the side they have beaten to this season’s title and who pipped them so narrowly last campaign, Manchester City.

Winning the title was always the main aim for a club which endured such a long wait to be crowned champions of England again, having earned that honour 11 times between 1973 and 1990.

Things could get better yet, with City’s 100-point total for a season one of numerous records Liverpool can still break.

Klopp’s side have produced one of the most memorable campaigns in Premier League history, amassing 86 points with 28 victories, two draws and a single defeat from 31 games.

Such has been their dominance, at one stage they led the table by 25 points – a record gap between a side in first and second in the English top flight.

Their title win this season is the earliest on record, at least with regard to games remaining, with the Reds having seven to play.

That it is not the earliest title win by date is only because of the halting of football in England between March and May as a result of the coronavirus pandemic.

Liverpool’s victory represents a huge moment for their fans, who grew accustomed to success.

However, since Kenny Dalglish led them to the First Division championship, they have had to endure three decades without league success, during which their record tally of titles was surpassed by rivals Manchester United, who have 20 to their name.

It was during this period that United boss Sir Alex Ferguson famously revelled in having “knocked Liverpool off their perch”.

Liverpool have come close during that time to restoring themselves to the top of the English game, finishing second in the Premier League four times.

Famously, in the 2013-14 season, Brendan Rodgers’ side looked as though they were going to take the crown but a late-season slump – synonymous with a Steven Gerrard slip that enabled Chelsea to score and win at Anfield – saw them fall agonisingly short.

Last season, they racked up a stunning 97 points, losing only one game all campaign, but had the misfortune of coming up against an even better Manchester City side, who beat them to the title by a point. No side had ever earned so many points without winning the league.

The Northern Council for Mosques all on the same page

Nina Wadia and Apache Indian amongst 1,239 people recognised by The...

‘Give a Gift’ helps asylum seekers in Leeds