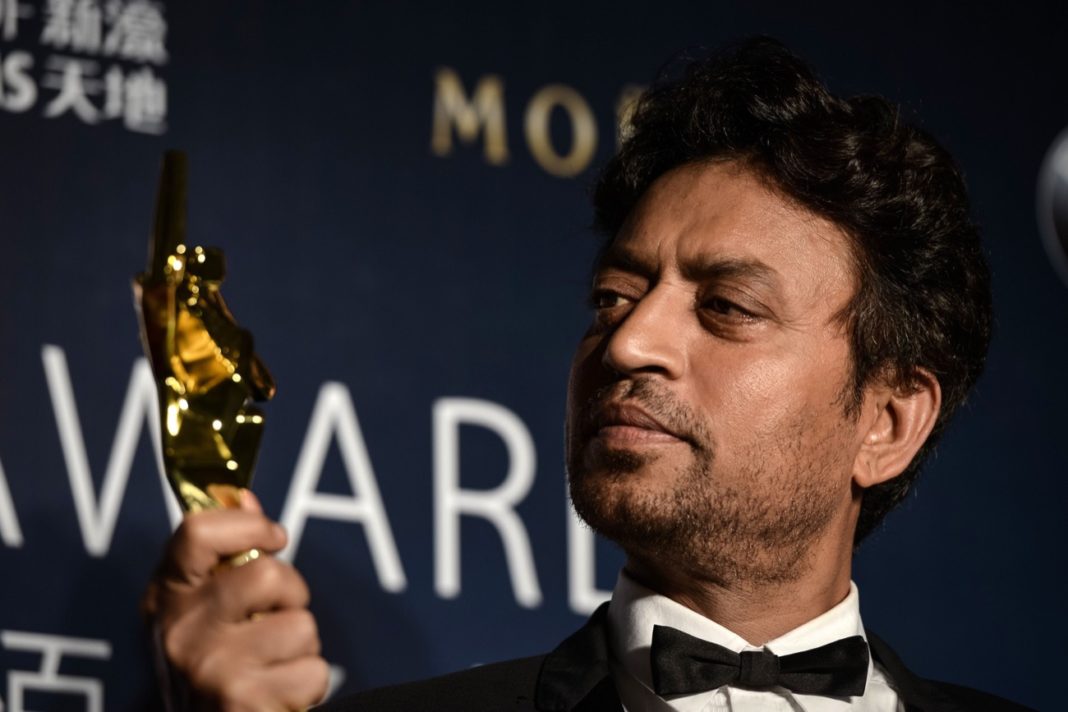 One of Bollywood’s top stars, Irrfan Khan has died at the age of 53 after losing his battle to cancer.

The Slumdog Millionaire and Life of Pi star was rushed to a Mumbai hospital for treatment and placed in intensive care. However, he died on Wednesday (29 April).

In an industry where ‘conventional beauty’ is one of the top attributes for leading cast members, Irrfan with his intense eyes, and talent to execute the roles he played to perfection won acclaim everywhere.

The Jurassic World actor had been battling a neuroendocrine tumour since March 2018. He is survived by his wife Sutapa Sikdar and sons Babil and Ayan Khan.

Confirming the sad news, Irrfan’s PR released a statement which reads: ‘“I trust, I have surrendered”, these were some of the many words that Irrfan expressed in a heartfelt note he wrote in 2018 opening up about his fight with cancer.

‘And a man of few words and an actor of silent expressions with his deep eyes and his memorable actions on screen. It’s saddening that this day, we have to bring forward the news of him passing away.

‘Irrfan was a strong soul, someone who fought till the very end and always inspired everyone who came close to him.

‘After having been struck by lightning in 2018 with the news of a rare cancer, he took life soon after as it came and he fought the many battles that came with it.’

They continued: ‘Surrounded by his love, his family for whom he most cared about, he left for heaven abode, leaving behind truly a legacy of his own.

‘We all pray and hope that he is at peace. And to resonate and part with his words he had said, ‘As if I was tasting life for the first time, the magical side of it.’

Discussing his illness on Twitter, he told fans: ‘The unexpected makes us grow, which is what the past few days have been about.

‘Learning that I have been diagnosed with NeuroEndocrine Tumour as of now has been admittedly difficult, but the love and strength of those around me and that I have found within has brought me to a place of hope.

‘The journey of this is taking me out of the country, and I request everyone to continue sending their wishes.

‘As for the rumours that were floated, NEURO is not always about the brain and Googling is the easiest way to do research.

‘To those who waited for my words, I hope to be back with more stories to tell.’

Sadly, Irrfan’s mother, Saeeda Begum, also passed away at the weekend aged 95, and Irrfan had attended her funeral via a video link.

Social media has been flooded with tributes from both fans and strs across the globe.

Irrfan rose to fame in 1988 starring in the movie Salaam Bombay before propelling his stardom with his role in 2001’s The Warrior, directed by Asif Kapadia.

Over the years, he crossed over into Hollywood and earned roles in Slumdog Millionaire, also starring Dev Patel and Frieda Pinto, Jurassic World alongside Chris Pratt, The Life of Pi, The Amazing Spider-Man and The Darjeeling Limited.

Up close with Akshay Kumar