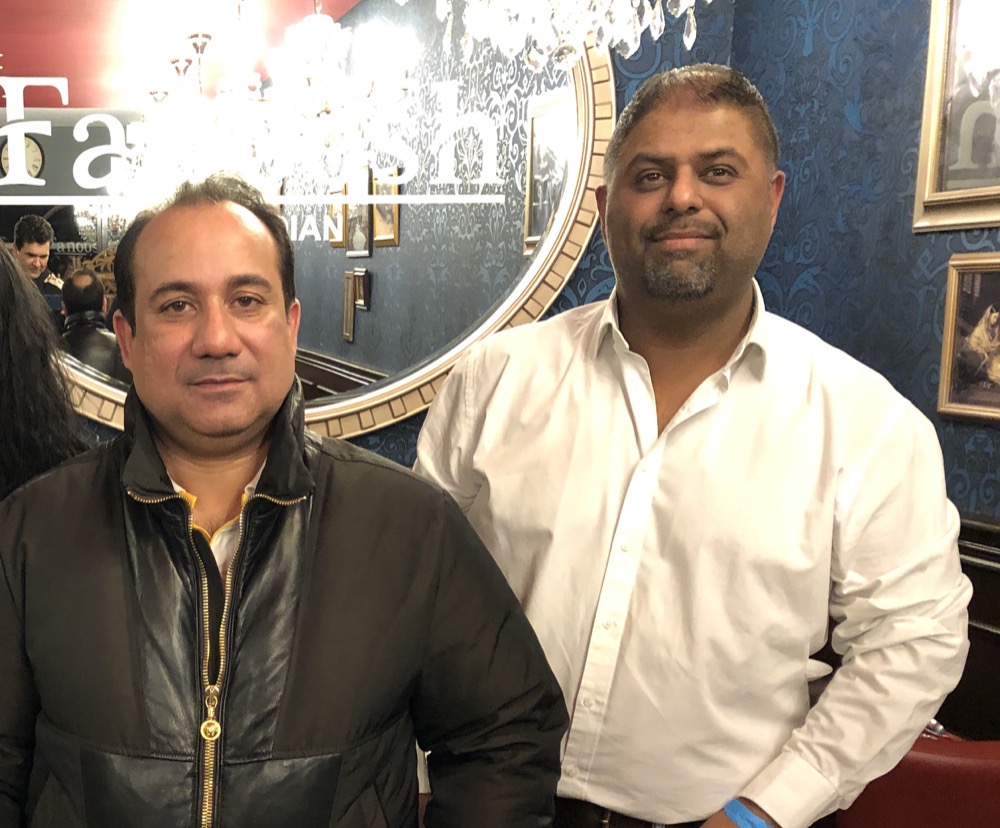 Titled ‘Me, Myself & I’, Rahat Fateh Ali Khan immersed audiences to a new three-tier presentation.

Track after track, fans were delighted with hit singles from Bollywood soundtracks, mesmerising fusion installments with emerging musicians, and a final segment of Qawwali’s – including some of his uncle Ustad Nusrat Fateh Ali Khan’s original compositions.

Boutique restaurant Fanoosh had been awarded the contract to provide food at First Direct Arena during Rahat Fateh Ali Khan’s concert. The eatery had earlier in the week played host to Team RFK and his entourage.

Following his four-hour concert on Friday 1st November, Rahat Fateh Ali Khan made an impromptu visit to the boutique Fanoosh restaurant on Street Lane in Leeds.

Nadim Hanif said: “Rahat Fateh Ali Khan’s decision to visit to Fanoosh was a pleasant surprise, and not one which we had planned or expected.

“Rahat sahib’s producer and manager Salman Ahmed has dined at Fanoosh on numerous occasions, and had recommended it to Khan sahib when he indicated he wanted proper authentic Punjabi food after his show.”

Fanoosh was created two years ago by passionate foodies Nadim and wife Andleeb Hanif, who come from families that take immense pride in their traditional culinary skills from Lahore, Faisalabad and Sargodha.

The couple, who come from media backgrounds, decided to embrace the challenge of creating a boutique restaurant resonating a Maharaja’s dining room and lovingly present food that reflects the taste of what they love.

Over the last three decades, Rahat Fateh Ali Khan has worked with an eclectic list of international musicians, won numerous awards, performed at the Nobel Peace Prize-giving Ceremony and, most recently, was conferred an honorary doctorate in music by the renowned University of Oxford.