A private hire vehicle driver who sexually assaulted a female passenger when she was in an extremely vulnerable condition has been convicted after an investigation by the Met’s Taxi and Private Hire Policing Team.

Temur Shah, 45, from Harrow, was found guilty at Isleworth Crown Court on Monday, 14th October after a one-week trial. He has been bailed ahead of sentencing at the same court on 12th November.

The conviction follows a successful investigation by the Met’s Taxi and Private Hire Policing Team – part of the Roads and Transport Policing Command which is part-funded by Transport for London.

Shah, who worked for Uber, committed his offence in the early hours of 15 January, 2018. He picked up a 27-year-old woman, who was feeling unwell, from an address in the West End.

The passenger stayed in the minicab after the assault as she had no battery left on her phone and could not call for assistance. She also did not have any money. She also told Shah not to touch her again.

Afterwards, Shah dropped the passenger off near her home in north London and the matter was reported to the police.

The Taxi and Private Hire Policing Team then carried out a thorough investigation, conducting enquiries with Uber and the person who booked the private hire vehicle on the victim’s behalf. They also collected an extensive amount of CCTV and viewed GPS data from Uber.

Evidence pointed towards Shah as the driver – he was arrested for sexual assault on 2nd February 2018 and was released under investigation.

He was charged with sexual assault on 19th January 2019 and convicted as above.

Detective Superintendent Andy Cox, from the Roads and Transport Policing Command, said:“Shah despicably took advantage of his position as a trusted licensed driver and sexually assaulted a passenger in a vulnerable state. His conviction was down to a meticulous investigation which left the jury in no doubt as to his guilt.

“If you ever experience unwanted sexual behaviour, report it to the police. You will always be taken seriously and the incident will be fully investigated.”

Mandy McGregor, Head of Transport Policing and Community Safety at TfL, said: “This attack on a vulnerable passenger was predatory and disgusting, and we are pleased to see that Shah has been convicted.

“I would like to thank the young woman for coming forward and reporting this so TfL and the police could investigate and take action against the driver.

Advice for when using minicabs 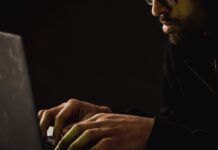 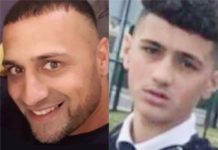