Home News Bradford & Rochdale on Covid-19 “back in lockdown” watchlist 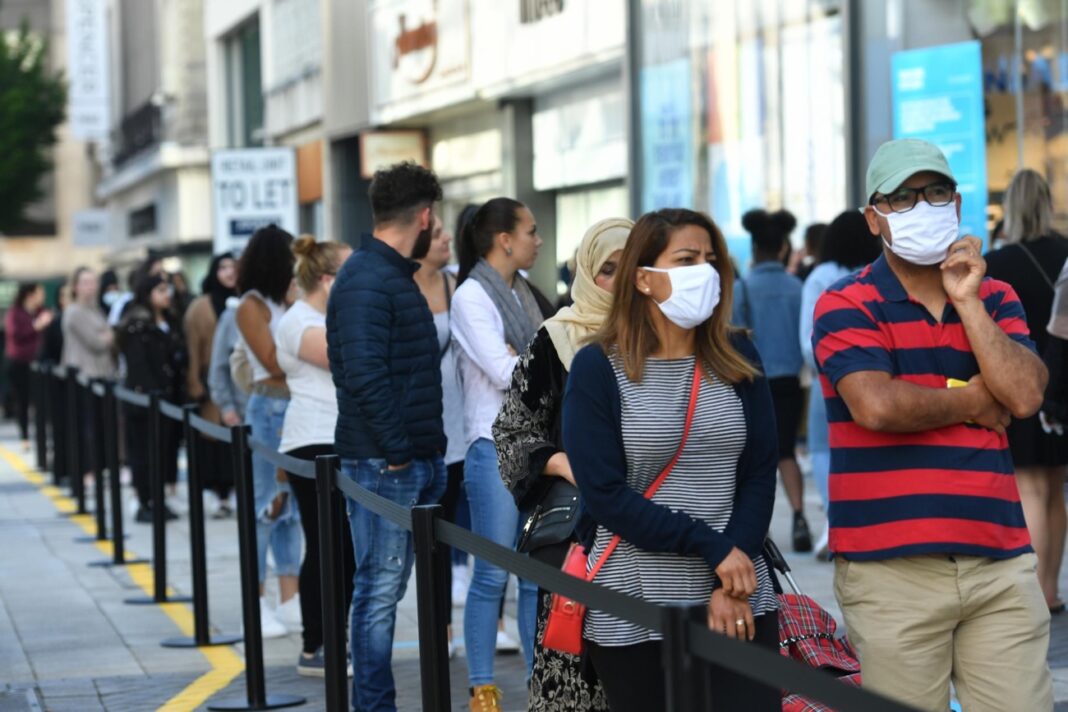 A highlighted map, produced by Public Health England (PHE), shows for the number of cases per 100,000 population, Bradford, Rochdale, Barnsley are added hotspots for Covid-19 cases.

Sources say they are “working collaboratively”, focusing on the dozens of areas in England where coronavirus cases are rising.

According to national news outlets, further local lockdowns like Leicester are “just days away” following the drawing up of a list of “at-risk” twins and cities.

As a result, local lockdowns like the one in Leicester could be implemented in “just days”.

It is believed that the City of Bradford, Wakefield, Rochdale and boroughs in London, including Brent and Harrow, could be the next to lockdown after sources confirmed there were an increased number of COVID-19 cases over the last week.

A new snapshot for the week ending 28th June is due to be published on Thursday 2nd July, as part of Public Health England’s weekly coronavirus surveillance report.

There are concerns that local lockdowns may be brought on because of high numbers of Black Asian and Minority Ethnic (BAME) people in those communities.

The latest Public Health England snapshot is for the week ending 21st June shows four areas in the top category of 45 or more cases per 100,000 population:

BAME people have been disproportionately hit during the pandemic.

Some of the factors include multi-generational and overcrowded housing and the fact that many key workers are from the BAME community.

Leicester, Brent and Harrow all have high numbers of overcrowded homes, predominantly of people from a south Asian heritage.

Outside of London, Leicester has some of the highest rates of overcrowded housing in the country.
There are also a high number of ethnic minority key workers in the city.

It is estimated around a quarter of the BAME population has been working throughout this pandemic in jobs such as taxi and bus drivers, security guards and in the healthcare sector.

Now questions are being raised over why the recommendations from the Public Health England review looking into disparities within ethnicity from COVID-19, which was given to the government at the end of May, have not been implemented.

“This is used as one of a number of indicators to help us and partner organisations to identify trends in local areas and to take action accordingly.

“To use these data in isolation to predict which areas will see significant increases in cases is not appropriate as they do not provide a complete picture of what is happening locally.”

APPLEBYS SOLICITORS: Legal expertise on your side