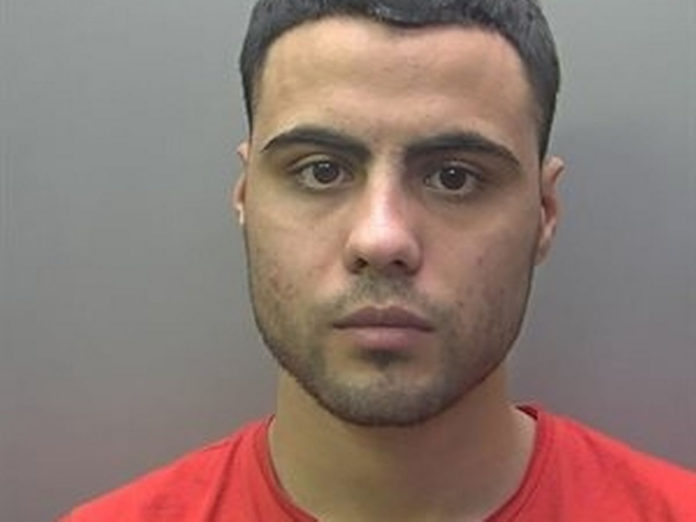 A man who knifed his housemate in a late night row over noise after turning up at 3am with a bunch of teenage girls, may face deportation back to Afghanistan.

Samiullah Abdulkhel, now 20, knifed Khaled Behbodi, 20, in his abdomen in a vicious attack at their shared home in Peterborough, Cambridgeshire, last year.

The defendant (19-years-old at the time) had woken up his housemate, after returning to the property with other teenage girls at around 3am on 24th November.

Mr Behbodi had asked Abdulkhel to be quiet and a fight broke out between the pair, which ended only when a third housemate intervened.

Both men then returned to their bedrooms but the noise continued, and Mr Behbodi got up to complain once again.

This time Abdulkhel opened his bedroom door and stabbed his housemate multiple times while screaming: ‘mr I’m going to kill you. I’m going to fk your sister’, witnesses said.

Mr Behbodi managed to walk across the street and a neighbour called an ambulance for him.

He was taken to Peterborough A&E, where he remained for two days, in part due to a fever he caught while being treated for stab wounds.

‘I am in fear all the time, worried and have lack of sleep. I went to my GP and was prescribed medication and I am using them. As a result of this incident I am scared to visit my friends.

‘Due the these stabs I feel pain all over my body and I’m not able to do any physical activity. I cannot go to the gym as I used to.

‘I used to live in social housing but now I live with my father-in-law and don’t have anyone else to help me.’

Abdulkhel was born in Afghanistan in 1999 and was smuggled into the UK aged 15, where he at first was homeless in London before moving to Peterborough.

During his life in Afghanistan, his brother was killed by the Taliban and he was targeted by a terrorist group as a potential recruit.

Abdulkhel turned himself in in January this year, after a police appeal, and pleaded guilty to causing grievous bodily harm on the first day of his trial on July 22.

Robert Dacre, mitigating, described the defendant as having a ‘fractured adolescence’, adding: ‘It’s not surprising that he developed PTSD as a result of this experience.

‘His reaction to the perceived threat would’ve been affected by his past experience of trauma.’

Mr Dacre pointed out during the trial that the Home Office may at some point deport Abdulkhel back to Afghanisatan, which he said was ‘in itself significant punishment’.

He said: ‘I take into account that you were of this offence only 19 and of previous good character. I accept that you had had a difficult life, which in the circumstances is a significant understatement.

‘Born in Afghanistan in 1999 you came to this country following the death of your brother at the hands of the Taliban, and concerns for your own personal safety at their hands.

‘The PTSD for which you have been diagnosed was to an extent linked to the commission of the offence.

‘Nevertheless it was your decision to use a knife to injure Mr Behbodi and there is some evidence that you intended to cause more serious harm when threatening to kill him.’