Charlie Elphicke, 49, the Conservative MP for Dover and Deal, has been charged with three counts of sexual assault against two women.

He was charged on Monday, 22 July 2019 with three counts of sexual assault.

Two of the charges relate to one female complainant, and one charge relates to a second woman.

He is alleged to have attacked the first woman in 2007 and the second woman twice in 2016.

In a statement, the Crown Prosecution Service said: “The CPS made the decision to charge Mr Elphicke after reviewing a file of evidence from the Metropolitan Police.”

Elphicke is due to appear at Westminster Magistrates’ Court on Friday, 6th September 2019.

Elphicke was previously suspended from the Conservative Party in November 2017 after “serious allegations” against him were referred to police.

Theresa May controversially restored the Tory whip to him 13 months later, in December, before she faced a vote of no confidence. 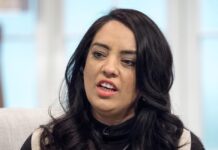 Reinstated and ready: Learning from the past and looking forward to...

Businesses get together with local MP for Keighley BID networking event