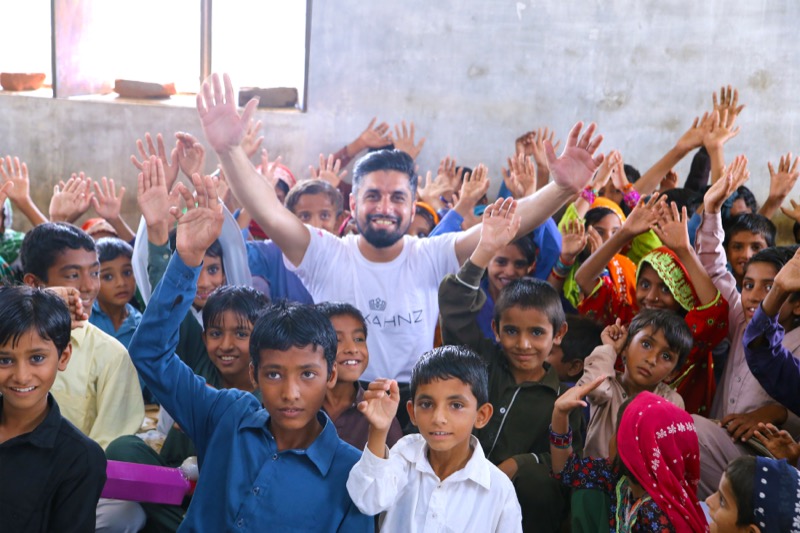 A Bradford man braved his second trip to the Tharpakar desert where temperatures rise to a blistering 50 degrees centigrade to deliver aid with “his own two hands”.

Father-of-two and successful businessman Naveed Khan, fondly known as Nav, says that he’d reached a point in his life where he urged to personally travel and help change the lives of those living in desolate conditions.

Tharpakar in East Pakistan is home to approximately 1.5 million people across 2,300 villages and urban settlements.

With most of the terrain largely inaccessible, the families in the desert face harsh and extreme climate. Temperatures can range from a freezing -4°C at nights to a blistering 50°C during the day.

Partnered with Charity Right, Naveed – founder of EnKahnz, flew from Britain to Karachi after which he took a 10-hour gruelling off-road ride to Tharpakar to give his own Zakat to the needy and the poorest.

The people that live in this desert are what the UN consider to be one of the most stringent places to live on earth. Poverty, population growth, a lack of clean drinking water, unemployment, and high illiteracy rates trouble this region.

Lack of food, early marriages, and apparent governmental neglect, locals are left with very little hope, making them the desperate and forgotten people of Pakistan.

“Having lived and breathed the hardships that they go through during my visit, and considering the living arrangements that they have – the scarcity of food that they live off, it’s overwhelming to think that they survive at all,” says Nav.

“Frequent drought in the remote area kills not just people, but also the livestock that natives depend on. The majority have little to no access to healthcare, and the average distance to the nearest health facility could be many miles away.

“Small villages are made up of nothing but small mud huts with straw rooves.

“The children of these villages don’t get a chance to have an education as they don’t have the resources to study with.

“I visited a classroom – it’s like an oven. All it is is walls and no air ventilation to keep the children cool.

“The children don’t even have books between them. The only tools they had were pieces of slate, with a chalk. One slate was shared between five children,” he tells.

Naveed bought books, chalkboards, chalk, chairs and tables for the classroom, hoping to inspire the children into education. He then set about installing water wells inside multiple schools so that kids can have fresh water to drink.

“At my first water pump site in a village, we were testing the ground to figure out where the best location for a water well would be.

“During the process of boring holes, water begun spouting. Honestly, the happiness on the faces of the villagers who were gathered around watching us just brought everything that we were doing out there right home.

“We should be blessed living in the UK to have fresh food, clothing, electrics, water but yet we as humans complain about life’s small hitches.

The people of Tharpakar don’t have any of the basics we take for granted.”

Talking with the sick and elderly, Naveed discovered that the villagers were unable to get the correct treatment for the issues that they had. Naveed then went out of his way to pay for treatments and medicines for the villagers and gave them a way to go into the cities so they can get the treatments required.

“This was a life changing experience for myself.

“My first trip out there was three years ago and I promised that when I returned I’d go back and do more.

“This experience has reinforced the notion that to give money to the right place, you’ve got to go do it yourself.

“Being human doesn’t depend on your status, the money or cars you have, its all about how kind you can be to others.” 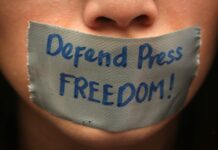