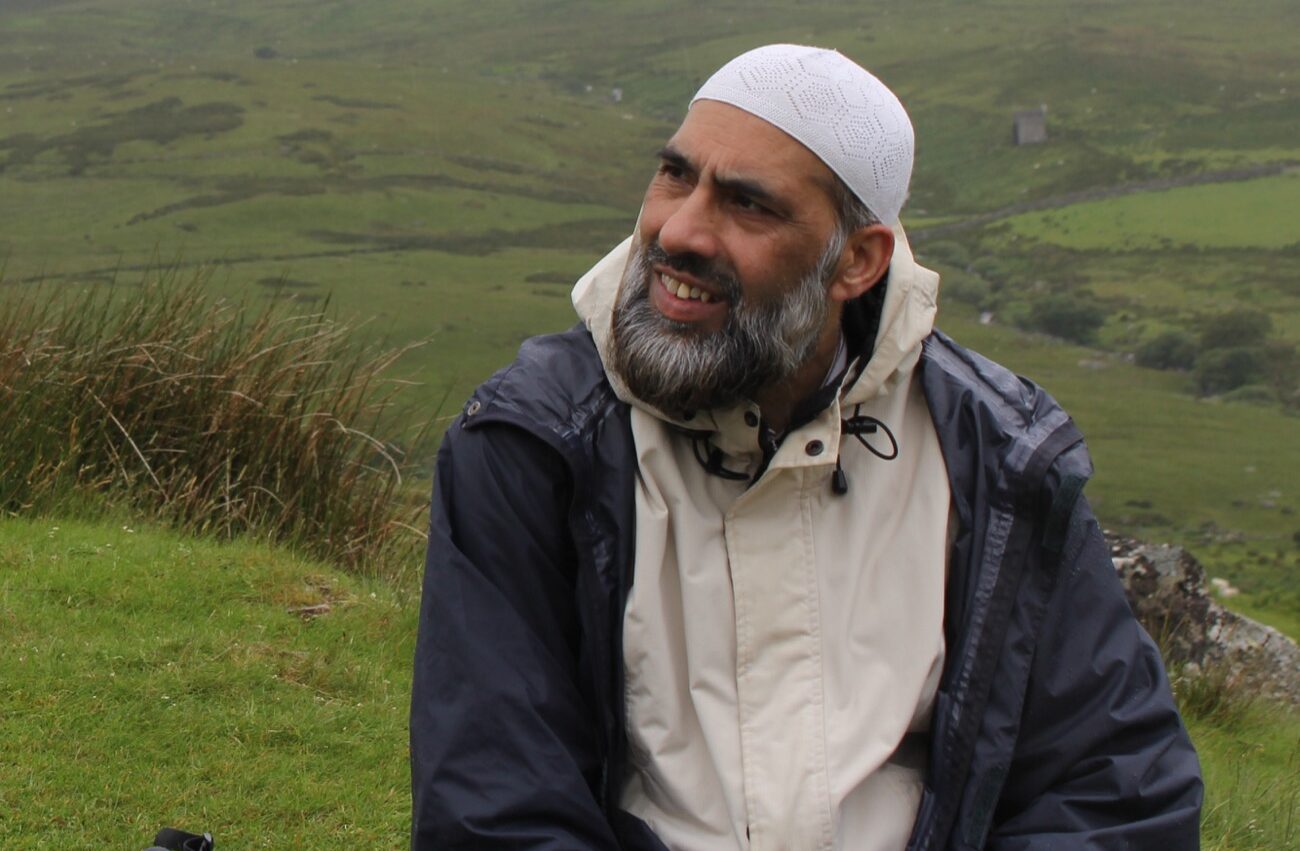 Anyone seeking to understand the Holy Quran through English translations can relate to the complexities that arise.

Due to the sacred nature of the Quran and the classical form of the Arabic language, all translation attempts are considered interpretations of the meanings, rather than an actual translation of the holy text.

With only twenty per cent of the 1.8 billion Muslims across the globe being Arabic speakers, the majority of Muslims depend on a translation to understand the Quran.

But a former scientist and Yorkshireman, Dr Musharraf Hussain OBE, has spent over four decades studying the Quran, Arabic, Urdu and English has given a more nuanced and clearer idea of the meaning and context of the surahs.

‘The Majestic Quran: A Plain English Translation’, translated by Dr Hussain is approved by the Dar Al-Iftaa of Al-Azhar – considered amongst the highest-ranked pioneering foundations for the Islamic world.

Through his translation, Dr Hussain has been able to render the meaning of the Quran in plain and contemporary English suitable for the modern world.

Many find the presentation of the Quran’s verse-by-verse translation confusing and hence struggle to fully grasp the narrative in the first reading. So the headings are not there to dictate the interpretation but to assist in contextualising the passages.

Thanks to Dr Hussain’s innovative introduction of topical headings can understand and read through the text – it sounds like a story or a narrative. These topical headings highlight the major themes and content of the text, and help in better understanding of what one is reading, especially when sometimes the topic flits from one ayah to another.

Dr Hussain explains, “I wanted to produce a translation that is reader-friendly, free-flowing, eloquent and accurate”.

“This allows the Quran to speak for itself. I believe this is a very powerful way that allows the reader to have a true taste of the Quran, to see and to read Allah’s message.”

The introduction to each surah contextualises the time of its revelation and its major themes.

In the margin of the Arabic text page, there is a unique thought exhortation and reflective question for the reader to ponder upon for one’s day-to-day living. This feature stokes thought about the verses and the contents of the translation opposite, making readers pause and ponder.

The British-Pakistani scholar, born in Rawalpindi, came to Yorkshire Pennines with his family when he was eight-years-old.

Settled in Halifax, as a youngster he would attend the local mosque to learn the Quran, the art of Tajweed (recitation and pronunciation), as well as Arabic and Urdu.

Completing his doctorate in biochemistry and physiology at University of Aston Birmingham in 1985, he went on to work as a scientist.

During his pioneering work, he studied and researched glucose receptors in the beta cells of the islets of Langerhans; and further went on as a postdoctoral research fellow at Nottingham Trent University.

Talking to Asian Express about his transition from scientist to Imam, Dr Hussain says: “In 1991 I decided to give up my scientific career and committed myself to the study of Islam.

“I went to seminary in Pakistan for Islamic studies, and from there went onto the University of Al Azhar in Egypt, graduating in specialising in the study of ‘Science of Hadith’ in 1994.”

The Arabic Quran is the speech of Allah, a divine Scripture. Muslims believe that reading the Quran in Arabic is meritorious and gains them reward.

“Reciting the Quran is the first stage of the reading, the second stage is understanding the meanings of the words of God and being able to use that message to better one’s life,” he explains.

“The purpose of reading the Quran is to understand the divine message so we can learn: the purpose and meaning of life, how to develop ourselves as good human beings, prepare ourselves for the everlasting life of paradise and above all to seek the pleasure of our Lord.

“That’s why reading my translation ‘The Majestic Quran is so important. In plain simple English it helps the reader to get the life-changing message.”

Dr Hussain, also the author of the popular ‘Let’s Learn Islam’ school textbook series, says that science and religion do not conflict each other but compliment.

“Young people are naturally inquisitive therefore we must be able to satisfy their curiosity by presenting Islam in plain and simple language.

“Also, to convince them how relevant it is to their lives even in our high-tech world.

“First let’s understand, what is science?

“Science is the intellectual and practical activities, the systematic study of the structure and behaviour of the physical and natural world through observation and experiment. It is an accumulated body of facts, figures and experience of the material world, the physical-natural realities around us.

“The key to understanding how this wonderful material world works is to observe it, measure its activities, and link together the different facts to understand how it works.

“This methodology based on observation and measurement is something which the Quran repeatedly encourages its followers to do.

“Second, now let’s understand what is the religion of Islam about?

“Islam helps us to understand the meaning and purpose of life. It answers the question why human life? Where have you come from? Where are you going?

“As you can see there is no conflict in the two branches of knowledge, one asks: ‘how does the physical world work?’, and the second asks: ‘why are you here?’ So, they compliment one another.

“Therefore, there isn’t conflict between science and Islam.

“Muslim scholars were experts in Quran, Hadith, Jurisprudence and at the same time were scientists or mathematicians.

“These Muslims of the seventh to 12th century were pioneers of modern science and made great discoveries which were subsequently used by Europeans to expand science and bring about the industrial revolution.”

Message of the Quran is Timeless

He adds: “The message of the Quran is timeless. Islam is both rational and relevant, and we need it for our spiritual and social well-being.

“Islam is a way of being that is relevant to every aspect of our lives, this way of thinking about Islam is very powerful to make people think differently about themselves and the society in which they live.

“I believe passionately in the potential impact of Islamic teachings on individual Muslims, their families, their community and the mainstream British society.”

Talking about the ongoing coronavirus pandemic, Dr Hussain adds: “I want to thank the Asian Express for giving me this wonderful opportunity to share my thoughts on Quran, the pandemic and our society.

“When the lockdown was announced on 21st of March by the Prime Minister, like most of you I came home bewildered and confused.

“Shrouded by fear and anxiety, and a subdued mood, there was a sense of isolation.

“I lived with my family in a silo for few days. On deeper spiritual reflection, I was motivated as I began to see this as an opportunity to look at my role as an Imam afresh.

“I felt I could use my skills in different ways.

“I realised what blessing this whole experience of self-isolation could be. Yes, it could be a spiritual retreat; and for me it was like a fairy tale! I felt I was growing and becoming more thankful and appreciative of our new situation.

“By week three I was running meetings via Zoom over the Internet, delivering my study circle over YouTube (every Wednesday at 7.30pm) and sermon (Friday’s 1pm) and Quran courses on Zoom for Scholars in Kerala India.

“I believe the lockdown period can be a great opportunity for the development of ‘four dimensions of inner life’. These grow human character. These are personal, moral, social and spiritual. The Quran is a guidance for growing in these four dimensions.”

Dr Musharraf Hussain’s ‘The Majestic Quran’ is now also available without the Arabic, which means this can be read at anytime anywhere. You can get your copy by visiting the online shop: www.majesticquran.co.uk

Andleeb Hanif, Managing Editor of Asian Express says: “My 13-year-old daughter is always seeking a link between science and religion, and often is the first to raise interesting debates, both at home and at school, about these two topics in particular.

“She avidly seeks to prove the divine connection of our universe and Islam.

“I believe Dr Musharraf Hussain’s translation of the Quran carries innovative features which explain the meaning of the Quran to our younger generation.

“Whilst reading, we often pause and deliberate. This is the most brilliant way of encouraging interactivity and thought-provoking exploration of Allah’s divine word with young people.

“I would happily recommend that Muslim parents gift ‘The Majestic Quran: A Plain English Translation’ to their children and loved ones. It would make a brilliant Eid present.

“May Allah reward the translator for all his hard work and enable and reward the readers in their strivings too. I recommend that you obtain your copy directly from majesticquran.co.uk, as other sites take heavy cuts in commission.”