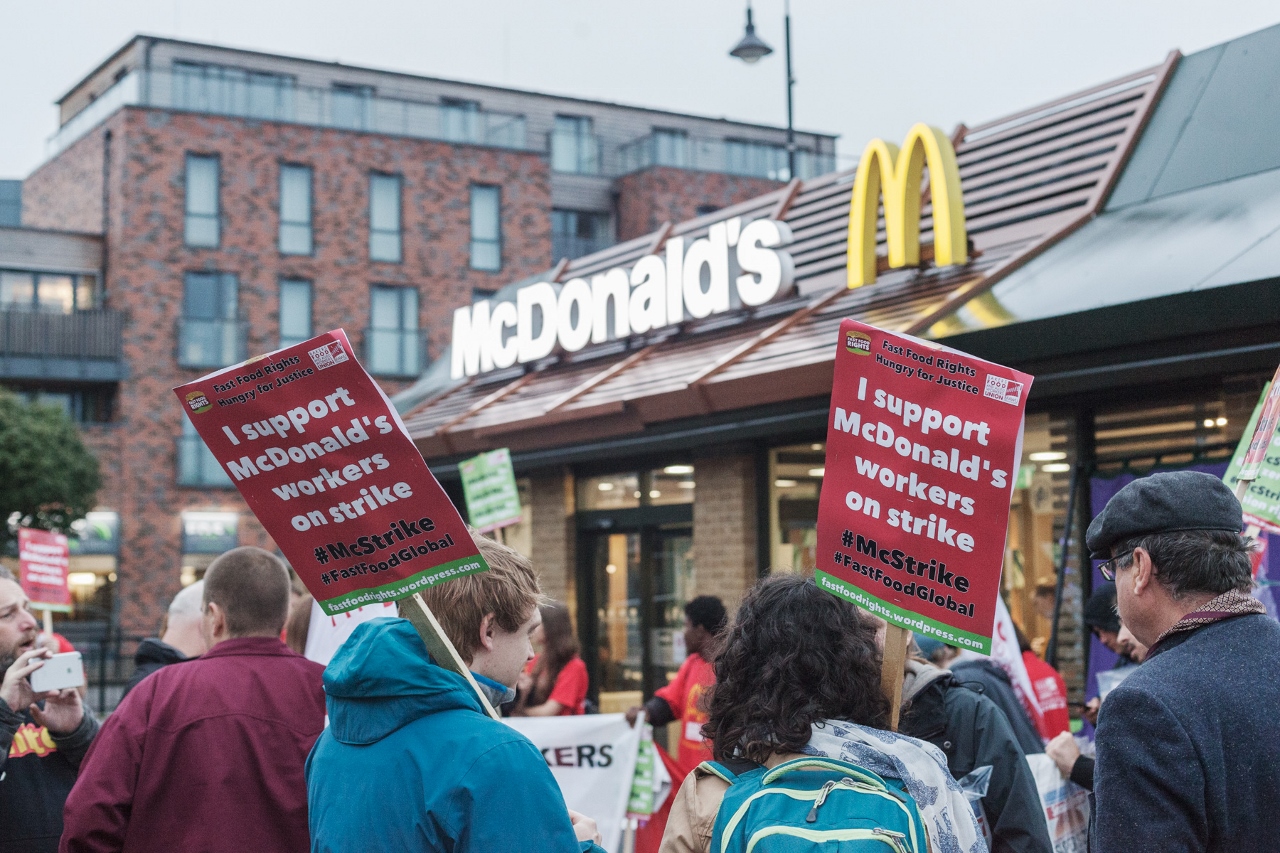 For the first time ever in Britain, fast food giant McDonald’s faced strike action as workers at two restaurants walked out in a dispute over pay and conditions.

Staff in Cambridge and Crayford in south-east London voted in favour of a walkout on Monday 4th September, amid concerns over working conditions and the use of zero-hour contracts.

The Bakers, Food and Allied Workers Union (BFAWU) said staff were demanding a wage of at least £10 an hour and more secure working hours.

The company added the dispute was related to its internal grievance procedures, but the union said the strike was mainly over pay and zero-hours contracts.

“For far too long, workers in fast food restaurants such as McDonald’s have had to deal with poor working conditions, drastic cuts to employee hours and even bullying in the workplace – viewed by many as a punishment for joining a union.”

McDonald’s announced in April that workers would be offered a choice of flexible or fixed contracts with minimum guaranteed hours, adding 86 per cent of workers have chosen to stay on flexible contracts.

A spokesperson for the company said: “As per the terms of the ballot, the dispute is solely related to our internal grievance procedures and not concerning pay or contracts.

“As announced in April this year, together with our franchises, we are providing our people with the option of a guaranteed hour contract, and all restaurants will have these contracts in place by the end of 2017.

“McDonald’s UK and its franchisees have delivered three pay rises since April 2016, this has increased the average hourly pay rate by 15 per cent.”

Labour leader Jeremy Corbyn has offered support to the workers, saying: “They are standing up for workers’ rights by leading the first ever strike at McDonald’s in the UK.

“Their demands – an end to zero hours contracts by the end of the year, union recognition and a £10 per hour minimum wage – are just and should be met.”

McDonald’s said those taking industrial action represented 0.01 per cent of its workforce. McDonald’s employs around 85,000 staff in the UK and one million worldwide.