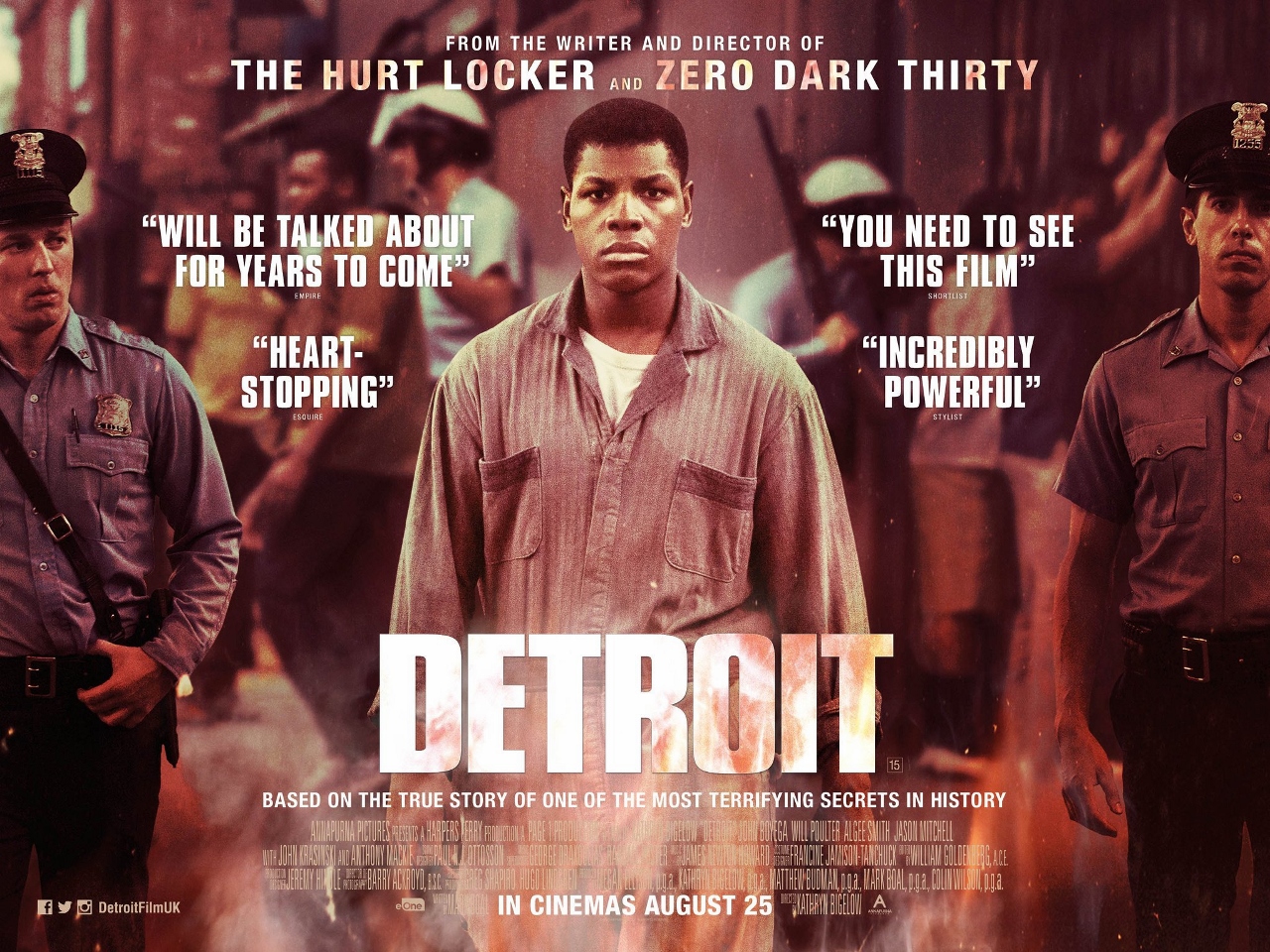 Amidst the chaos of the Detroit Rebellion, with the city under curfew and as the Michigan National Guard patrolled the streets, three young African American men were murdered at the Algiers Motel. From the Academy Award® winning director of ‘The Hurt Locker’ and ‘Zero Dark Thirty’, Detroit tells the gripping story of one of the darkest moments during the civil unrest that rocked Detroit in the summer of ‘67.