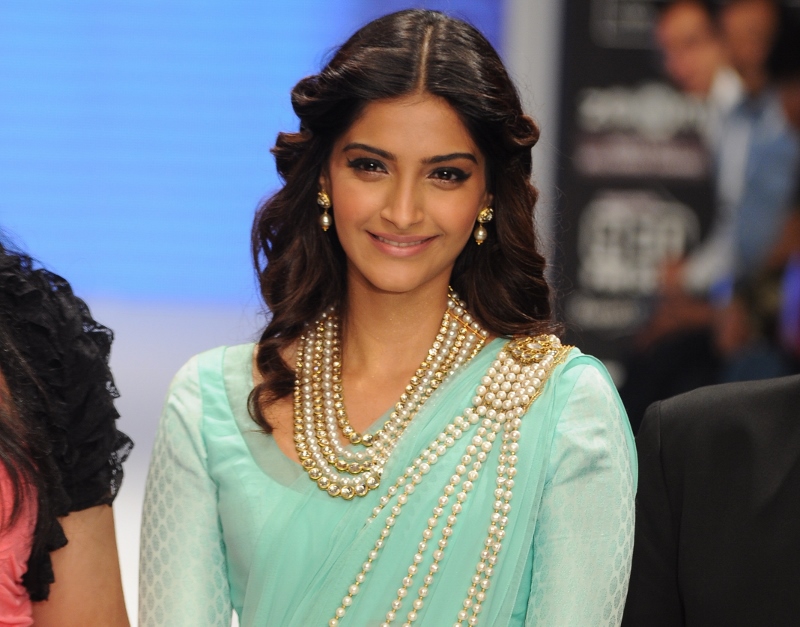 It seems that things are finally changing from the time when celebrities would hesitate in opening up about personal issues, fearing it might scar their celebrity status.

Today, it’s a rather bolder approach with celebrities bravely discussing their daunting experiences in public with much confidence, with an intention to spread awareness.

Sonam Kapoor who will next year be sharing screen space with Ranbir Kapoor after ten years in Sanjay Dutt’s biopic helmed by ace director Rajkumar Hirani, has recently revealed that she has experienced molestation as a child.

In an interview with film critic Rajeev Masand, she said: “I have been molested when I was younger and it was traumatising.” She was part of the annual round-table show that aims at assessing the year’s best performers in different categories.

Sonam said the ordeal took place when she was 14: “I was going to watch a Raveena Tan. don-Akshay Kumar film with my girl friends; we were 14, said the actress.

“We had gone outside to get samosas and I was last on the way going back into the cinema.

“A man came from behind and held my breasts.

“I started shaking and shivering, not knowing what was going on. I was crying but I just sat there and finished the film. I just felt I had done something wrong. I didn’t talk about it for a good two years. I know a lot many people who’ve gone through stuff like these.”

Her recent revealation doesn’t come as a surprise as it’s common knowledge that most of such cases go unnoticed or unreported, including in India and Pakistan

It’s not just Sonam Kapoor who spoke about less-mentioned issues. Her contemporaries like Vidya Balan, Anushka Sharma, Alia Bhatt and Radhika Apte also were part of the show.

While Anushka talked about being touched inappropriately, Alia said how people see the world through a bubble. She said in the promo that the secured childhood of star-kids can be much different from other kids’ childhood.

and the groom wore trainers…

Sonam VS Deepika: Who wore it better?