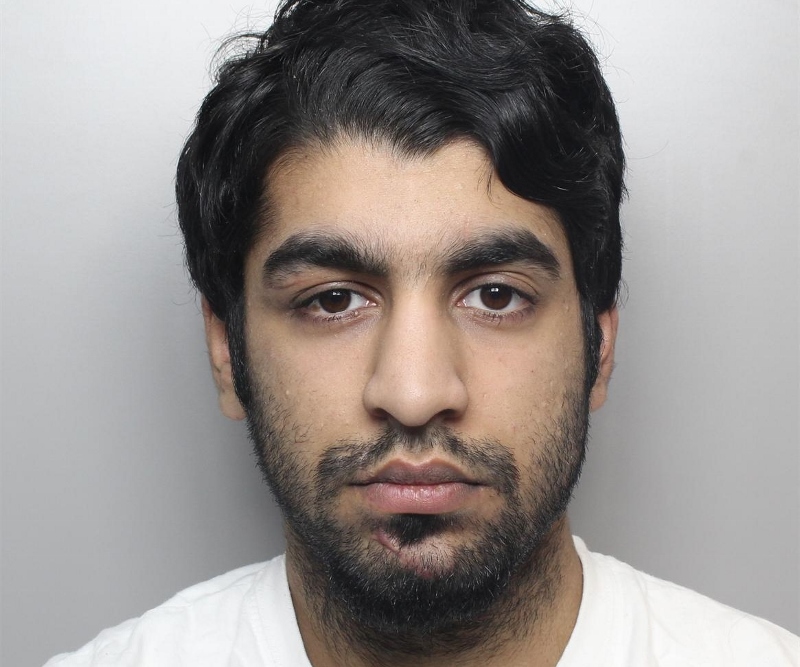 After maiming his cousin in a high speed crash that reached a wheel-spinning 85mph, a boy racer has been jailed for 26 months.

Farooq Raja was filming from the back seat of the souped-up ‘Volkswagen Golf R’, when Shahrukh Raja – his brother – ploughed into a parked car on Northcote Road, Undercliffe, Bradford  on 28th October 2015.

Bradford Crown Court heard this week that Aqib Raja, 19, who was sitting in the front seat, suffered life-changing injuries in the smash that happened in fog shortly before midnight at the Otley Road junction.

Farooq Raja, of the same address, admitted aiding and abetting dangerous driving by filming from the back seat.

He was sent to a Young Offender Institute for nine months by Judge Jonathan Rose, who told him: “You were very much part and parcel of that night’s terrible events.”

The brothers stood side by side in the dock, wearing smart dark suits. They bowed their heads as the judge said law student Aqib Raja’s life was devastated in a few seconds of ‘pure and blatant showing off’.

Prosecutor Richard Walters said that on the night of the crash, Aqib Raja, who is from Manchester, hired the Golf for a wedding and drove it to the brothers’ home at 11.30pm.

He took his cousins for a drive but Shahrukh Raja got into the driver’s seat after they stopped at Peel Park for a smoke.

He did a U-turn and quickly reached speeds of up to 85mph in a 30mph zone.

Seconds later, the Golf struck a parked Vauxhall Astra, rotating it into a wall. It then ricocheted and hit a stationary Mercedes-Benz Sprinter van, shunting it into another vehicle.

The Golf ended up across the middle of the road, where it was struck by a speeding Range Rover.

Mr Walters said a police crash investigator estimated the speed of the Golf to be 85mph shortly before the crash. He was unable to replicate the accident conditions because it was too dangerous.

Local residents saw Farooq Raja standing dazed in the road. His brother was unconscious and Aqib Raja had suffered a fractured skull, bleeding under the skull, facial fractures and broken ribs.

He was taken to Leeds General Infirmary and put in an induced coma until January. He did not leave hospital until August.

The court heard that his family had three meetings with doctors to discuss bringing his life to an end by withdrawal of care.

He could no longer walk unaided, had no use of his left arm and his hearing, sight and breathing were affected. He needed help with bathing and dressing and was completely dependent on his family.

In his personal statement, made in August, Aqib Raja said he used to enjoy playing football and cricket but his whole life was now dependent on others.

Before the crash, Aqib was a qualified mechanic and employed as a takeaway delivery driver, but his severe head injury meant he could no longer work.

The court heard that both men were of previous good character.

Judge Rose told Farooq Raja: “You are well aware of a culture of dangerous and reckless driving, a culture to which you subscribed. The police found YouTube videos you had downloaded showing a number of episodes of young men driving fast and powerful cars on streets in reckless, dangerous and potentially lethal fashion.