Three men have been jailed for almost 40 years for their involvement in an armed robbery that led to the death of a Birmingham businessman at his factory in Digbeth earlier this year.

Suraj Mistry, 26, was found guilty of the manslaughter of Akhtar Javeed and sentenced last week to 23 years in prison. He was also sentenced to 20 years conspiracy to commit robbery and eight years for possession of firearms to run concurrently.

Lamar Wali, 19, was found guilty of conspiracy to commit robbery and sentenced to seven years in prison.

Sander van Aalten, who was an accomplice in the planning of the murder, pleaded guilty to conspiracy to commit robbery and was sentenced to six years and eight months.

Mistry and Wali together with Tahir Zarif travelled from Derby to raid Direct Source 3 on Rea Street in Digbeth back in February this year.

But the raid went horrifically wrong as they threatened the manager, Mr Javeed (56), to give up the company’s takings. While Mistry held staff hostage at gunpoint Zarif led Mr Javeed from the office into the reception where he shot him in the leg as a violent warning to open the safe.

After being shot Mr Javeed attempted to escape and during the ensuing struggle was shot a further two times at point blank range in the mouth and neck. Bravely, he managed to escape before stumbling across the car park to the pavement where he collapsed and died in a pool of his own blood.

The men immediately fled the scene in a Renault Megane, picked up a second car nearby and then returned to Derby.

Detectives painstakingly trawled CCTV to piece together the sequence of events in the hours before and after the robbery, corroborating the images with mobile phone data and ANPR captures.

The jury heard how Sander van Aalten, a Dutch national − a former disgruntled employee at Direct Source 3 – drew a plan of the warehouse for his co-conspirators so they knew exactly where to go once inside.

The evidence showed that he was in contact with the offenders as they carried out reconnaissance of the warehouse in the days before the attack and used a premises he was working at as a meeting point just before and immediately after the botched robbery.

Detective Chief Inspector Martin Slevin, who led the investigation, said: “The sentences handed down today reflect the severity and the part played by each individual in the planning and execution of this offence.”

The court heard that the man who is thought to have fired the fatal shots was Tahir Zarif, who fled the country to Pakistan days after the offence.

Anyone with any information regarding Zarif’s whereabouts are asked to contact West Midlands Police on 101 or Crimestoppers anonymously, on 0800 555 111 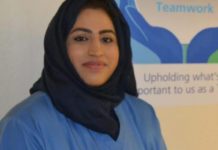