Ison Harrison achieved notable outcomes in two recent pregnancy discrimination cases against a national employer. The cases in question concerned a redundancy situation which the employer claimed had arisen in the workplace. The individuals selected for redundancy were one lady that had just returned from maternity leave and another lady who was due to go on maternity leave.

Both the individuals in question were represented at the 3 day hearing by our head of employment Yunus Lunat, who successfully convinced the tribunal that the dismissal of both individuals was not only automatically unfair, but also that they were tainted by discrimination on the grounds of pregnancy.

Employers regularly fail to appreciate that when considering redundancies within a group that includes a woman on maternity leave, the woman on maternity leave has a right to a suitable alternative vacancy if selected for redundancy in addition to the protection from discrimination the Equality Act. As well as these two main provisions, a dismissal is also rendered as automatically unfair if the reason for it relates to pregnancy, maternity, or childbirth.

Once a woman has been selected for redundancy, the pregnant employee affected must be offered a suitable alternative vacancy if one exists. The obligation goes beyond an entitlement to be shortlisted or interviewed. We find that employers consistently fail to recognise this one area of law which endorses positive discrimination.

The Equality Act also offers protection to a pregnant worker against unfavourable treatment because of pregnancy, or because of illness that is suffered as a result of it. This is in addition to the general prohibition of discrimination and indirect discrimination.

In the cases described above the conduct of the employer was such that Ison Harrison also recovered a significant five figure cost contribution from the employers, making it an extremely expensive redundancy exercise for the employer.

On a wider note these cases simply confirms the findings of recent reports published in the media. For example, a report in 2005 by the Equal Opportunities Commission found that almost half of women who were pregnant in the UK were likely to experience some form of disadvantage, including around 30,000 who would be forced to leave their jobs. The conclusion of the report was that around the 1,500 or so pregnancy related employment tribunal claims were simply the tip of the iceberg.

Fast forward 10 years, and a more recent report by the Equality and Human Rights Commission in partnership with the Department for Business Innovation and Skills concluded that 77% of pregnant women reported negative pregnancy related experiences, with around 11 per cent stating that they had been forced to leave their jobs. This equates to more than 50,000 mothers each year being forced out of their employment, and almost 400,000 being subjected to discriminatory treatment.

The report also revealed a stark and outdated attitude towards women in the workplace. Including a finding amongst employers that a woman should be forced to declare whether she is pregnant at the recruitment stage, with 25% expressing the view that it was reasonable to question women of child bearing age at interview about their plans to have children.

51% of mothers also felt that whilst they had had their flexible working applications approved, it had resulted in negative consequences, including fewer opportunities.

The cases reported here demonstrated all of the outdated and stereotypical attitudes, which proved to be an extremely costly and sobering experience for the employers concerned.

Our head of Employment Law, Yunus Lunat has over 10 years’ experience dealing with complex employment-related cases.

Our specialist lawyers can be contacted on 0113 284 5062 or by email to react@isonharrison.co.uk.

The firm can offer appointments at any of its branches in Leeds, Garforth, Cross Gates, Chapel Town, Chapel Allerton, Ilkley, Guiseley, Morley, Castleford or Pontefract.[/otw_shortcode_info_box] 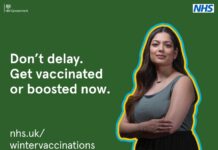 Do people who have kids live longer?