Home Sport Discrimination in football: Kick it Out report show rise of 42% 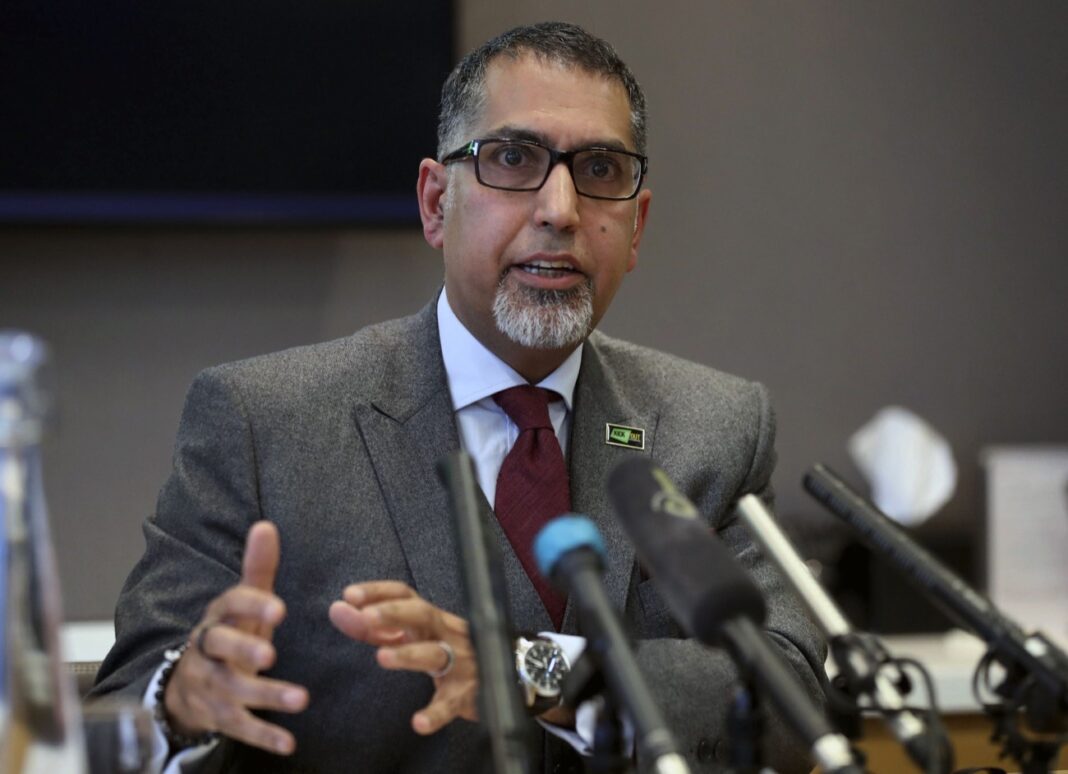 “We know that reports to Kick It Out are just the tip of the iceberg,” says Chairman Sanjay Bhandari

Kick It Out has revealed a 42% increase in reports of discrimination in English professional football last season, which it describes as “shocking”.

The anti-discrimination charity says reports it received rose from 313 in 2018-19 to 446, despite some games being behind closed doors.

Reports of racism in the professional game rose 53% and those of abuse based on sexual orientation increased by 95%.

A poll also found 71% had seen players targeted by racism on social media.

The YouGov poll of 1,000 fans, commissioned by Kick It Out, also showed that 30% of fans had heard racist comments or chants at a match.

Sanjay Bhandari, chair of Kick It Out said football had “responded positively” to the coronavirus pandemic and the death of George Floyd in the United States in May, which led to global protests.

But he added: “Beneath the surface, hate and division in society remains a lurking pernicious threat.

“Our reports indicate a steep rise in discrimination reports over the last two years, which reflect the hate crime statistics from the Home Office that show marked national increases over the last four years.

Football was suspended in March because of the coronavirus pandemic, with the Premier League and Championship resuming in June without fans in stadiums.

“We know that reports to Kick It Out are just the tip of the iceberg. We only report what is reported to us.”

There were still instances of players being racially abused on social media, with Crystal Palace winger Wilfried Zaha and Sheffield United striker David McGoldrick among those targeted.

The poll also found 32% of fans said they had heard homophobic comments at a football match last season and, of those, 41% of respondents have witnessed homophobic abuse aimed at footballers on social media.

Before fans were denied access to stadiums last season, there were several instances of homophobic chants at Premier League games.

Bhandari added: “Social media can be a battleground of hate. We need to work together across society to win this battle.

“We need better regulation and enforcement and we need social media companies to be part of the solution. We need clubs and governing bodies to continue to lobby for change, sanction offending supporters and support law enforcement processes with the provision of evidence.

“We need players to continue to use their powerful voices. Kick It Out will play its part with campaigning, education and talent programmes that diversify the face of football. But this is everyone’s responsibility. We all need to take a stand.”

In the grassroots game, reports of discrimination fell by 14%, although amateur seasons were cancelled in March because of the Covid-19 pandemic.

When comparing like-for-like time periods to the previous season, there was an 11% rise.

Paul Elliott, chair of the Football Association’s inclusion advisory board, said: “The FA has made huge strides in recent years to ensure that English football is a diverse and inclusive game, but we know there is more to be done.

“We strongly condemn all forms of discrimination and, while only participants fall under the FA’s jurisdiction, we investigate all reported forms of discriminatory abuse in English football at every level of the game, and work closely with the relevant authorities to ensure matters are dealt with appropriately.”

From Midlands with love: How a tantrum-throwing student landed a place...