‘We Stand Together’ campaign urges victims to speak out

Since 2007, the reporting of hate crimes in the UK has dropped by 11 per cent, meaning fewer people are coming forward after suffering both physical and verbal attacks.

Last week saw the national launch of the ‘We Stand Together’ campaign, encouraging all victims of hate crime to no longer sit in silence and speak out about the crimes.

Supported by West Yorkshire Police, the campaign seeks to bring individuals and communities together against hatred and intolerance, particularly against the background of global terrorist attacks which threaten to divide communities in Great Britain.

It is supported by social media activity, in which individuals and groups show their support through messages and photographs under the hashtag #WeStandTogether.

Temporary Chief Constable Dee Collins said: “West Yorkshire is a proudly diverse county and there is no room for racist or xenophobic behaviour.

“West Yorkshire Police will not tolerate hate crimes or incidents and we want people to have the courage to report matters, either directly or indirectly, to the police.

“The We Stand Together campaign was initially launched in March, as a direct response to challenges from the raised threat to Jewish and Muslim communities. However, I want to send a wider message to all our communities that we are there for them.”

He adds that hate crime should not be tolerated in ‘any of its forms’ and people should feel safe to express their own identity.

“It is important that all partners work together to offer the best possible service to victims and to ensure they feel confident to report crimes to police and that they are then dealt with appropriately,” he continued.

“That is why I am happy to support today’s (30th September)  national campaign in partnership with West Yorkshire Police.”

The police’s pledge comes just prior to the National Hate Crime Awareness Week 2015 which will run from Saturday 10th October to Saturday 17th.

Tafazal Mohammed, project co-ordinator at the Building Bridges project in Leeds, will be supporting the awareness week once again this year.

He said: “National Hate Crime Awareness Week is an opportunity for our project to invite members of the public to learn about hate crime, in all its forms, and give a strong message that it is something that should never be tolerated.” 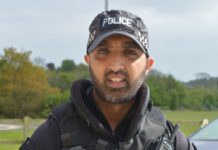 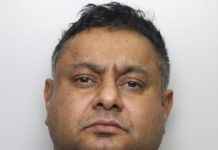