Home Entertainment Into Dust: Film on the life and murder of Karachi activist Perween... 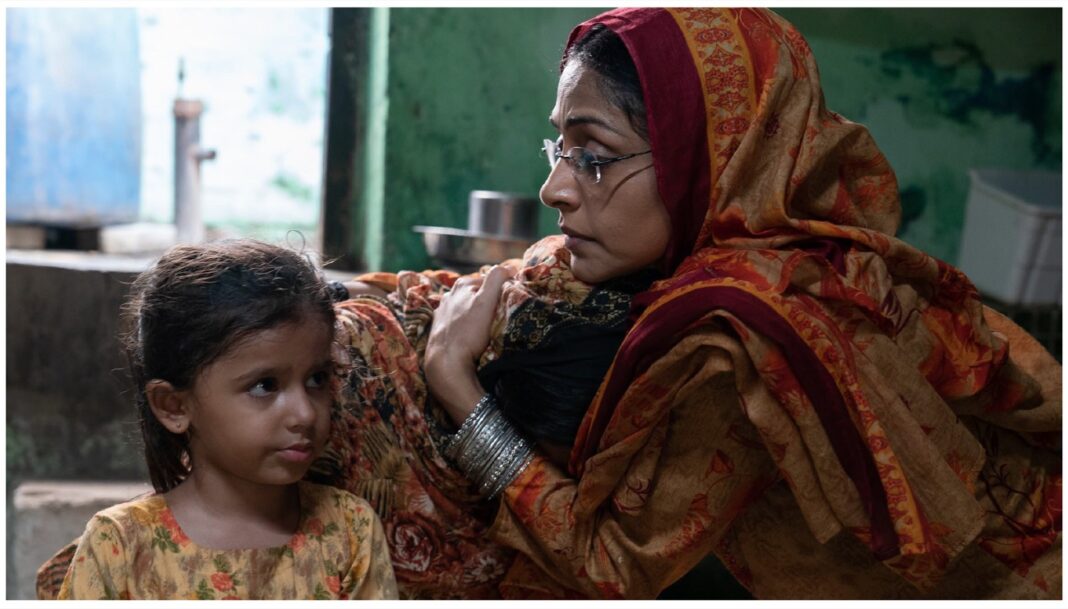 A new short film following the life and death of Karachi-based activist Perween Rahman is set to premier this August.

‘Into Dust’ covers Perween’s work in investigating the city’s water crises and her subsequent unsolved murder.

Directed by Academy Award winning Orlando von Einsiedel, the film is told from the perspective of Perween’s sister Aquila Ismail played by Sudha Buchar. Sudha was recently in the acclaimed film Mogul Mowgli and has an extensive theatre background having co-founded theatre and arts organisation Tamasha.

When she is murdered, her sister Aquila returns to Karachi in Pakistan to investigate, and finds herself caught up in powerful forces intent on stealing the city’s water.

Based on a true story, Into Dust follows the journey of a woman who worked tirelessly to protect the water rights of Pakistan’s poor and ended up making the ultimate sacrifice.

Working at a private architecture firm, she was recruited by Dr. Akhtar Hameed Khan to become Joint Director of the Orangi Pilot Project in 1982. Here she managed the housing and sanitation programmes.

A media-shy but prominent social activist and educationist, Perween was involved in creating a water plan with Karachi Water and Sewage Board, which was a water supply plan to the city that was presented to the government, politicians, and NGOs.

Perween had been instrumental in devising ways to deal with sanitation problems and devoted her life to the development of impoverished neighbourhoods across the country. She worked in an environment that most people would avoid and was a great
help to people who would come to her whenever a problem struck them, trusting her like an elder sister.

On March 13, 2013, Perween was killed when four gunmen opened fire on her vehicle near her office, ending her long career of working for water and land rights. She had been an outspoken critic of the land and water mafias in Karachi and their political
patrons and had long been receiving death threats.

Director Orlando von Einsiedel said: “The emotional heart of the film follows Perween and Aquila and their respective battles for justice – Perween’s for local families being robbed of their essential water supplies, and Aquila’s for her murdered sister in the face of indifferent and possibly complicit officials.

“The bigger backdrop to the story is the growing crisis of the world running out of fresh water, and the collapse of governance, growth of criminal networks and opportunistic greed and corruption, that comes with it.

“The United Nations predicts that over 5 billion people could be affected by water scarcity by 2050.

“It’s a travesty that the murder of Perween did not get the media and public attention it deserved in 2013. To ensure Perween’s work has a global legacy, we have secured funding for a worldwide impact campaign around issues of water scarcity, corruption and the protection of local and indigenous environmental activists which will accompany the film’s release.”

For her work and academic achievements, Perween Rahman was awarded the Mehdi Ali Mirza Award for Academic Excellence (1984), the Jaycees Award for community work (1986), the National Building Research Institute award for Housing (1994), the UN-Habitat Best Practice (with OPP-RTI) in 1996, the Faiz Foundation Award for community research (1997), a World Habitat Award (with OPP-RTI) in 2001, a Rotary Club Award for vocational services (2001) and in 2008 she was granted the title of Lifetime Honorary Member of the Water Academy in Oslo. On March 23, 2013, the Government of Pakistan posthumously conferred on her the Sitara-e-Shujaat, Order of
Bravery.

The film will premier on 24th August on Amazon Prime.