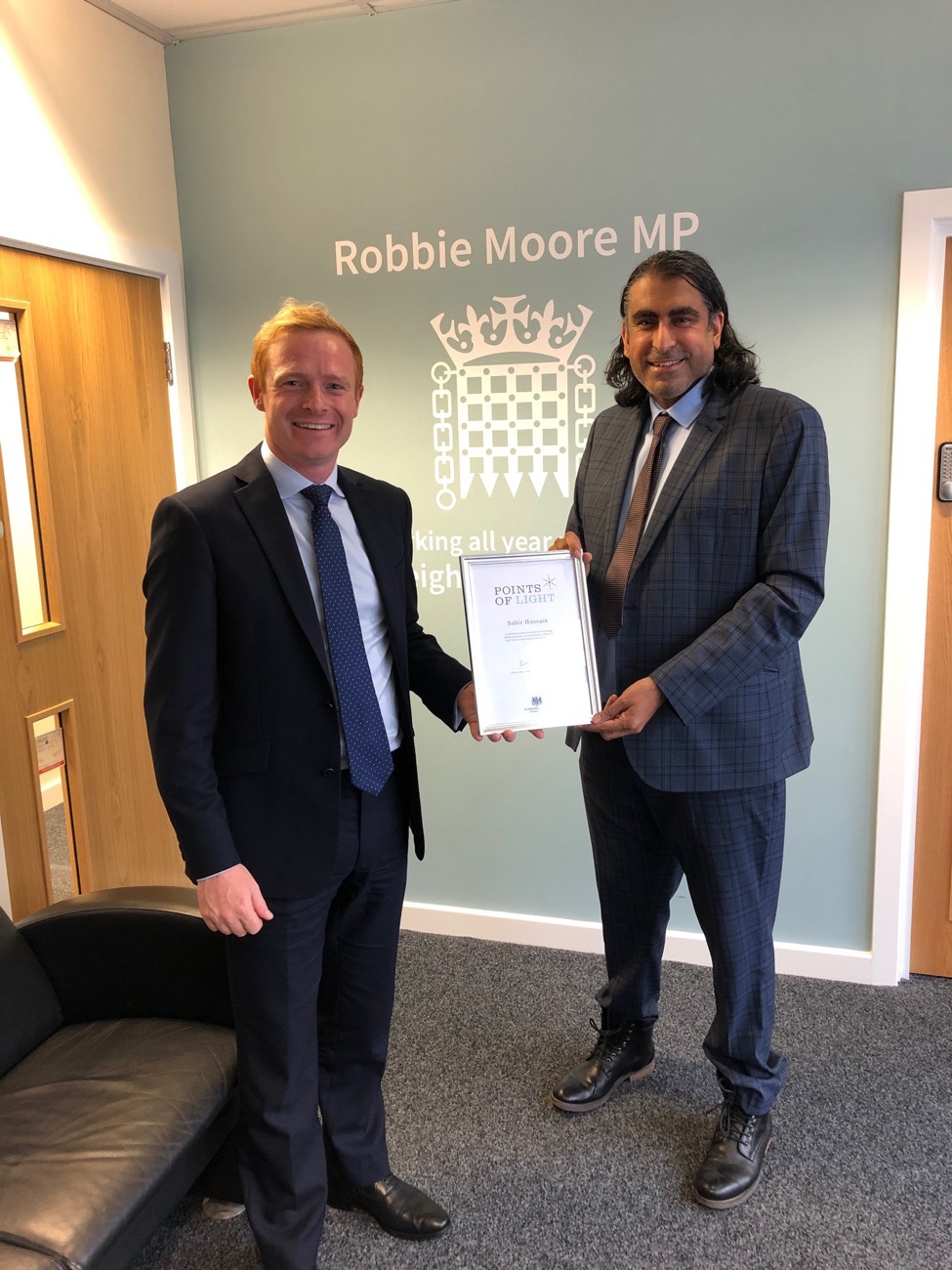 A music producer who’s worked with some of the biggest names in hip hop has been presented with the Prime Minister’s Points Of Light Award.

Yorkshire Award-Winning Hip-Hop Entrepreneur Sabir Hussain aka Saby Khan from East Morton, becomes the 1,657th recipient of the accolade in ‘recognition of his exceptional service to British Asian radio’.

The Points Of Light Award was first introduced by President George Bush Sr in 1990 to Award individuals for outstanding achievements and was introduced to UK in 2014 by Prime Minister David Cameron.

Saby said: “I was shocked when I was announced the Prime Ministers Award which is 2nd highest in UK after the Queens honours and receiving this award shows how multi-cultural UK has become and progressed in accepting Arts and Culture across the world.

“I heard I was one of the six people have been selected out of 1200 that week by Prime Minister for my hard work for the past 25 years to Yorkshire and UK Arts and Music Industry.

“My family has over 300 years of musical history dating back to the Mughal Empire, performing Sufi Music across the Indian Sub-continent.

“And, I have worked with music industry bigwigs such as the Black Eyed Peas, 50 Cent, Busta Rhymes, The Outlawz just to name a few.

“I would like to thank my family and friends for helping me build British Asian Radio which Prime Minister saw my hard work put in to make it a success and help young and disabled people.

Commenting Robbie Moore MP who presented the award to Saby on behalf of the Prime Minister said: “Saby is a worthy recipient of this highly acclaimed award.

“Saby’s contribution to British Asian Radio has been pivotal in it’s success. He has a proven track record in championing multimedia, music production and campaigning for racial equality. Saby serves as an inspiration and a role model to young people across Keighley, Bradford and the entire UK.”