Home News £30M FRAUD: Are you ready for the annual Qurbani SCAM? 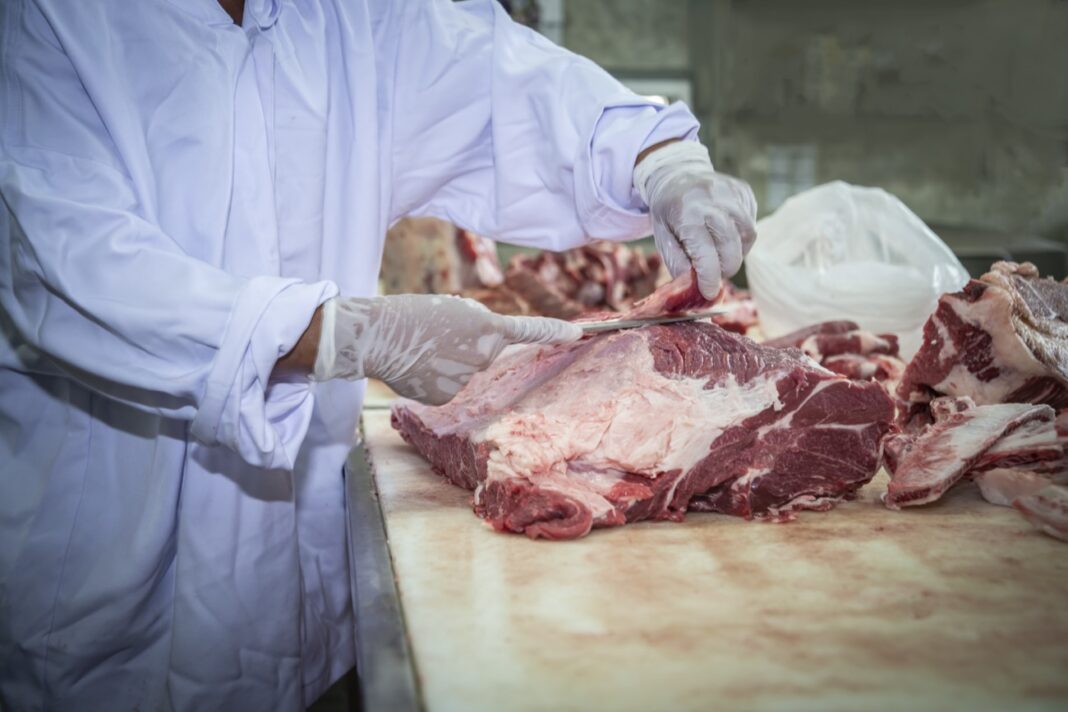 Halal meat bosses warn of UNDERAGE livestock: “Last year we found that the farmers were giving false declaration as to the age of the animal”

Eid-ul-Adha (festival of sacrifice) is one of the two most important festivals in the Islamic calendar. It marks Prophet Ibrahim’s (a.s) ultimate devotion to God where he was asked to sacrifice his son – a story that is also narrated in the Jewish Torah and Christian Old Testament.

Today, Muslims annually commemorate this story and offer the sacrifice of a sheep, goat, cow or camel whose meat is shared in three portions among friends, family and the poor. The ritual takes place the day following the Hajj pilgrimage in the holy city of Mecca.

One of the mandatory prerequisites to meet Islamic rules for the slaughter of a lamb/sheep is that it should be of a minimum age of 12-months old. Other requirements include that all animals must be healthy and free of disease.

Most Muslims here in Britain choose ‘lamb’ as their choice of animal for Qurbani due to the taste. However, this year nearly all the lambs will not meet the condition of being 12-months of age.

This complication is due to this year’s lambing season being March or April, meaning that most lambs will not be suitable for slaughter.

Halal meat boss Naved Syed from the Qurbani Task Group says that under-age animals have been, and still are being passed off as suitable, therefore deeming the Qurbani completely null and void.

“Last year we found that the farmers were giving false declaration as to the age of the animal. This has been going on for years, and still will for the foreseeable future – that is until things are regulated.”

The Halal Monitoring Committee (HMC) has also addressed this issue and has released a public statement in which it warns people of underage animals for Qurbani.

It said: “HMC will not be accepting lambs this year and for the coming years during the days of Qurbani due to not being able to verify the age of the animal.

“We therefore strongly advise all consumers to order sheep/mutton for Qurbani.

“We have also advised HMC Certified shops and slaughterhouses to order sheep for Qurbani to ensure the Qurbani rules are followed.”

Also exposed is how some slaughterhouses provide ‘Qurbani’ meat prepared ahead of the Eid prayers (and before dawn).

Many are doing this to meet demand and so that meat can be delivered to eager customers early. Unfortunately this normal halal meat practice does not fulfil Qurbani obligations at all.

“Another issue still prevalent, and which Asian Express exposed back in 2016, is that many animals are slaughtered by non-Muslims, which again makes the Qurbani null and void.

“In my opinion they are going to be over 100,000 fraudulent/fake Qurbani’s taking place this July, which are going to defraud the Muslim community of their sawabs (blessings/reward).

“That equates to over £30 million of fraud.

Asked why the halal market is not unanimously regulated by one single body in the UK Mr Syed says: “Sadly, the failure to regulate the halal meat market and the annual Qurbani event is due to masses and masses of red tape, politics, Muslim bosses not uniting and complacent consumers.”

Mr Syed gives six important points to ensure you don’t get conned on your Qurbani by the butcher, or the wholesaler.

“They may give you many excuses why they cannot give you a carcass label but don’t accept their reason as they are legally bound to show the label,” adds Mr Syed.

“If they don’t then you have to question what have they got to hide. If they refuse then report them to your local Environmental Health Officer or the Trading Standards office.”

How to spot a fake/scam Qurbani

1 Demand to see the carcass tag: A carcass tag will give you full information what you have purchased from your butcher/wholesaler. Every animal has to have one before it can leave any slaughterhouse as it is a legal requirement for it to be attached to the carcass.

What will the carcass tag tell you? The carcass tag gives you information on which abattoir performed the Qurbani (it will have it’s ECC number), it will give you the date, time, type of animal, where the animal came from and the true weight of your Qurbani

Intouch with the UK