Home Business COVID-19: Did ‘Eat Out to Help Out’ accelerate the second wave? 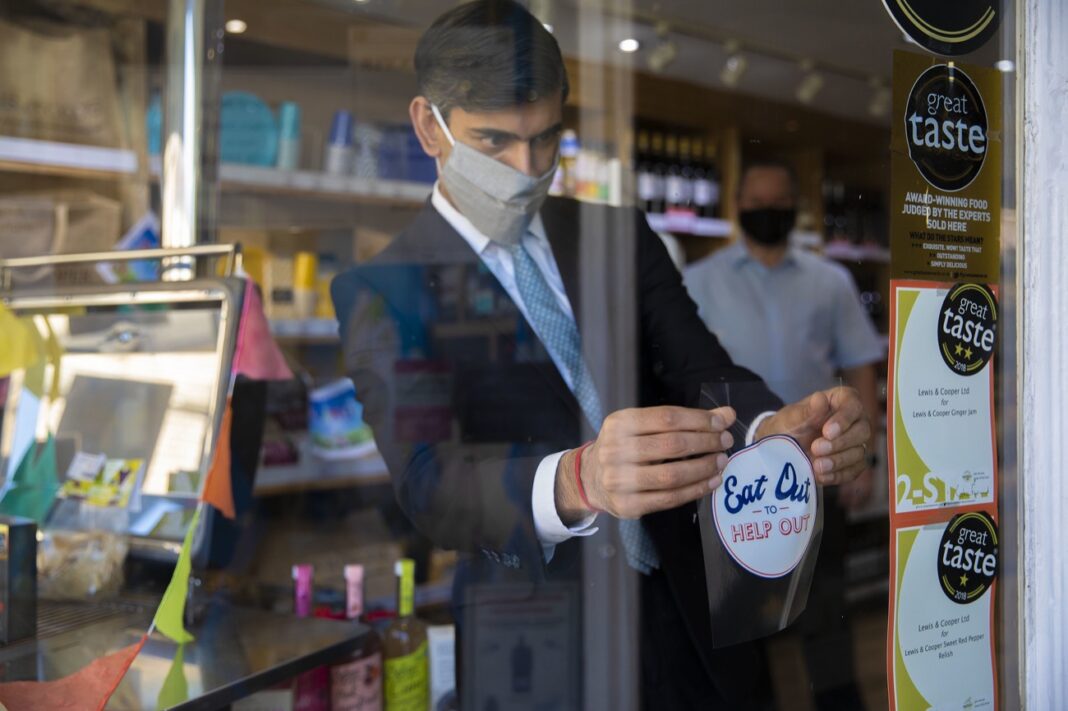 Chancellor Rishi Sunak launched the Eat Out to Help Out scheme to boost the economy, which saw over 100 million meal vouchers claimed

The Eat Out to Help Out scheme caused a “significant” rise in new coronavirus infections, a new study has suggested.

According to the University of Warwick, the sharp increase in COVID-19 infection clusters emerged a week after the scheme began.

The government’s initiative was designed to boost the economy after the national lockdown, and allowed pubs and restaurants to offer heavily discounted meals on Mondays, Tuesdays and Wednesdays in August.

Research from the university suggested that between 8% and 17% of newly detected infection clusters could be linked to the scheme.

Areas where there was a high uptake of Eat Out to Help Out also saw a decline in new infections a week after the scheme drew to a close.

Restaurants that participated in Eat Out to Help Out saw an increase in visits of between 10% and 200% compared with the same period in 2019 – but academics concluded that the economic benefits of the scheme were short lived.

Dr Thiemo Fetzer said the scheme “contributed to community transmission” and “the acceleration of the second wave”.

He said the UK saw a massive explosion of cases in a way that was not seen in other countries.

Toby Phillips, executive director of the Oxford COVID-19 response tracker at the Blavatnik School of Government, said the findings were credible and align with his previous work looking at the surge in restaurant visits during the Eat Out to Help Out scheme.

He said: “The Eat Out to Help Out scheme was part of a general package of policy and communications over the summer that encouraged people to go out and adopt a ‘back to normal’ mindset.

“That creates this whiplash when one month you’re being told ‘get out there, have confidence, go back to business, back to normal’ – and in the next month there’s a new tier scheme being put in place.”

“Insofar as that scheme may have helped to spread the virus then obviously we need to counteract that with the discipline and the measures that we’re proposing,” he told the BBC.

A Treasury spokesperson said: “We do not recognise these figures – which as the study itself admits, are ‘back-of-the-envelope’ calculations.

“Many other European counterparts have experienced an uptick in cases – irrespective of whether similar measures for the hospitality industry have been introduced.

“We’re continuing to work closely with businesses to help them be COVID-secure.”