A Keighley-based artist, producer and TV Presenter will take the lead in Bradford’s bid to become UK City of Culture 2025.

Nationally-acclaimed Shanaz Gulzar, who has worked across the UK for the BBC, MIF and National Theatre Wales among others has been announced as the new Chair of Bradford 2025. Her appointment is a a major step forward as the city prepares to bid for UK City of Culture title.

Established nationally as an artist, Shanaz is also a producer at Manchester International Festival and in 2019 brought a contemporary artist’s perspective to the Yorkshire landscape for BBC television programme ‘Yorkshire Walks’. Also for BBC television, Shanaz presented the documentary film ‘Hidden Histories: The Lost Portraits of Bradford’.

Shanaz has worked extensively for many years across Yorkshire, including for Bite the Mango Film Festival, Illuminate, Bradford City Parks, Impressions Gallery, Moti Roti, Yorkshire Film Archive, in a co-practice as Adept and an ambassador for the Yorkshire Dales Millennium Trust.

Her work further afield includes projects for Enchanted Parks Gateshead, site-specific work, ‘Talk All About It’, for Belgrade Theatre, Coventry and as associate artist for National Theatre Wales.

“I’ve seen the cultural sector in the district evolve and mature to the creative city and district with attitude that it is today. I know that the only difference between successful artists and everyone else is opportunity and I’m proud that Bradford has put culture at the heart of its regeneration.

“As well as winning the title, I want the competition to fulfil the ambition of all local people. I’m looking forward to helping the whole district to make the most of this opportunity and to open doors to the fantastic young talent in the city. In fact, I have a duty to remove the doors completely.”

At a recent Bradford 2025 Board meeting, Kersten England, Chief Executive of Bradford Council paid a heartfelt tribute to the work, leadership and commitment of Interim Chair Mary Dowson, in establishing the infrastructure behind Bradford 2025.

Mary Dowson said: “I’m delighted to be handing over the reins to Shanaz as the campaign begins to ramp up. A huge amount of work has been done in the year since Bradford committed to the City of Culture competition and I’m excited to see what her unique perspective as an artist will bring to the role.

“The vital part that artists play in society underpins our ambition for Bradford2025 and with Shanaz leading the way, the next chapter promises to be one of the most exciting yet”.

As Chair Shanaz will lead the Board and the organisation throughout the bidding process, as well as helping to develop the Board’s strategic vision, mission, objectives and values. Shanaz will be a key ambassador for the city, championing Bradford at cultural events, press briefings and business events across the country in the run up to the announcement of the winning city. 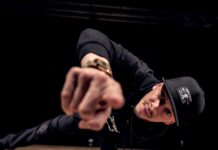 Bradford arts centre gets over £60,000 funding