During a one-day trial, High Court Judge Richard Hacon conceded that Scratch Meals Ltd.’s use of the name on its meals was similar to the Fit Kitchen trademark, owned and run by award-winning athlete and entrepreneur Amar Lodhia, 36.

In February this year, in a desperate attempt to stay proceedings against them, Sainsbury’s and Waitrose agreed to be bound by the outcome of the trial, which now leaves them liable for trademark infringement and passing off alongside their supplier Scratch Meals.

Mr Lodhia, once an obese teenager, transformed his life through healthy living and become a sports model. He launched Fit Kitchen Ltd in 2015 as a healthy food delivery service that is run via an online platform.

During the trial, Mr Lodhia argued that Scratch Meals not only stole his Fit Kitchen trademark but their produced “poor-quality products” that damaged his brand.

Mr Lodhia testified that he launched his fresh fitness food business in 2015 out of his own kitchen, but Fit Kitchen struggled to build its business because of the mass-produced goods put out by Scratch – which customers associated with his products.

In the judgment, Judge Hacon refers to 65 instances in which people mis-directed their complaints to Lodhia’s Fit Kitchen which were meant for Scratch Meals and some of the gruelling images in which foreign objects (metal machine parts, glass pieces and plastic cubes) were reported to have been found by consumers in Scratch Meal’s products.

Now that a judgment has been handed down in favour of Mr Lodhia and Fit Kitchen, the defendants will all be legally obliged to disclosure detailed sales figures of the infringing range.

In March this year, Mr Lodhia went up against Ocado PLC without any legal representation for selling the infringing Fit Kitchen range produced by Scratch Meals over a nine month period in 2018. Ocado PLC settled the claim within six weeks.

Mr Lodhia is now seeking £300,000 by way of a global settlement from Scratch Meals, Sainsbury’s and Waitrose.

He is also currently has other claims pending against retailers who sold Scratch Meals’ products, including supermarket chains Waitrose and J Sainsbury PLC. 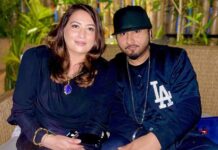