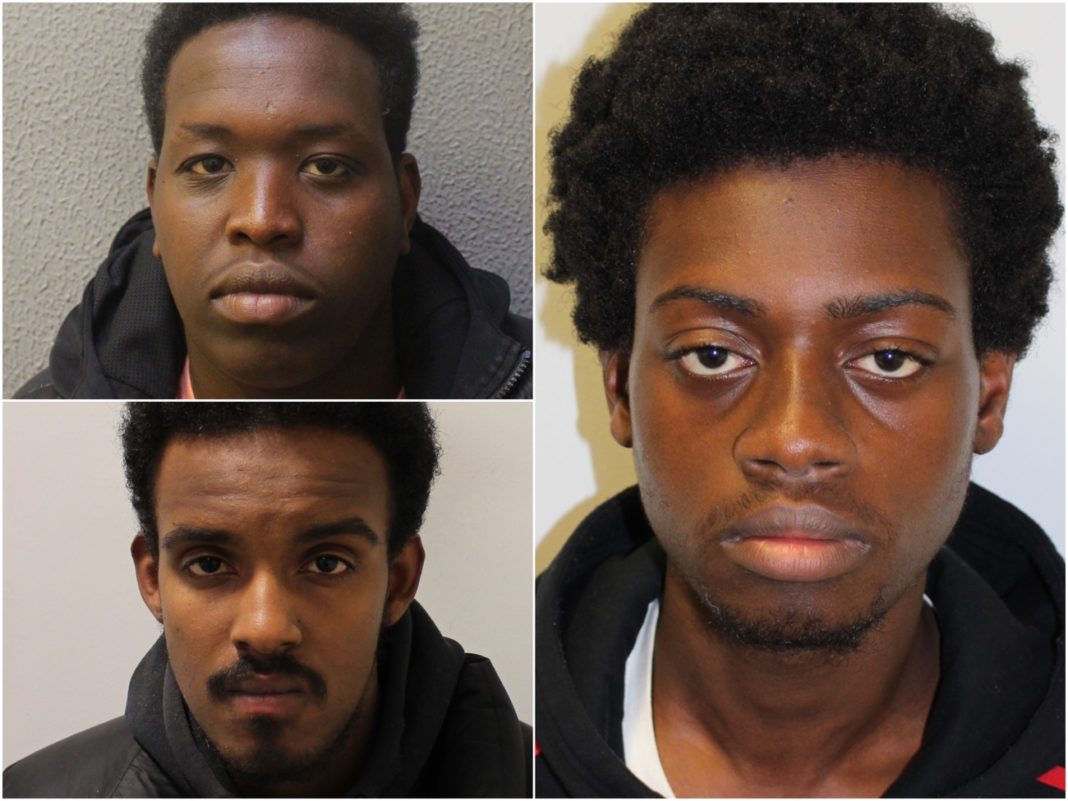 Three men who raped a 16-year-old schoolgirl after she was held against her will have been jailed for a combined total of 45 years.

Roberto French, 22; Abdisalam Mohamad, 21; and, Hilal Mohamed, 22 were found guilty of raping the teenager and were sentenced at Wood Green Crown Court on Friday, 3rd April.

The jury further convicted French of the offences of robbery and false imprisonment against the same victim.

French was sentenced to 17 years for rape, five years for robbery and 10 for false imprisonment, to run concurrently.

Abdisalam Mohamad and Hilal Mohamed were both sentenced to 14 years each.

The court heard how the victim had travelled to London from Bristol on 13th August 2016 where French held a machete against her throat whilst he robbed her in the presence of the other defendants.

French falsely imprisoned the victim in a residential block in Enfield, and it was here that she was forced by the defendants to perform oral sex on each of them. Once the ordeal was over, French followed the victim as she attempted to make her escape.

In sentencing, His Right Honourable Judge Perrins said the victim “deserves significant credit for persevering with this case as the years went by, even when it seemed nothing was happening. She has shown real inner strength and resolve in seeing this matter through.”

Detective Sergeant Charlotte Carter: “I welcome the sentences passed by HHJ Perrins. These sentences reflect the severity of the offences committed and the victim and her family have shown tremendous strength, patience and resilience in supporting a prosecution and I would like to personally thank them for their courage.

“I would also like to extend my gratitude to DC Black, DC Cron and DI Windsor for their tenacity and dedication to bring this case to a successful conclusion.

“It is because of the victim’s strength and the commitment of the prosecution team that three dangerous sexual offenders have been jailed for a significant period of time. I hope these sentences serve as a deterrent to those who commit serious sexual offences.”