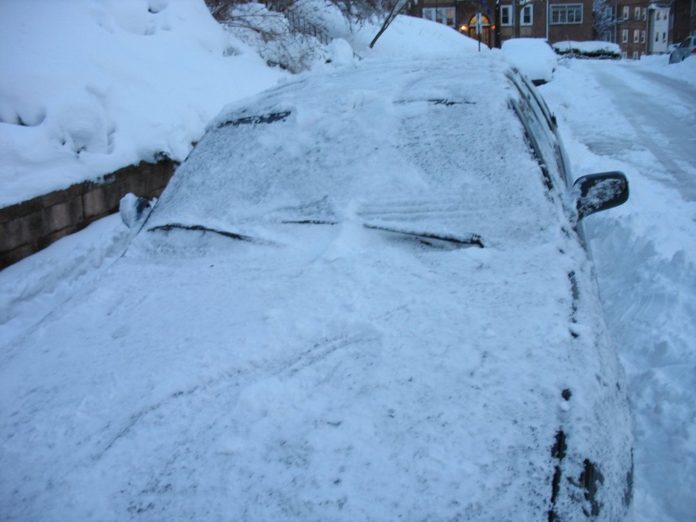 ‘Winter is coming’… well actually it’s already here (we just wanted to sound like Jon Snow), but anyway… it’s set to be one of the chilliest in decades.

While the frosty mornings might look Insta-pretty, your frozen windscreen is not so ideal, particularly as you can guarantee you’ll have to deal with it on a day when you’re also running late for work.

In the search for a speedy solution many of us will turn to the trusty kettle and fling hot water over the glass.

But, turns out that’s not a great idea.

Thankfully there are ways to effectively and quickly remove frost from your screen without causing damage or forking out for an expensive de-icer.

The risk of not defrosting your windows is a potential £60 fine and three points on your licence for driving with limited vision.

Don’t be tempted to leave your car to defrost with the engine on while you head back in the warm either.

You’ll be risking a fine of £20 and three penalty points for leaving your car to defrost while the engine is idling.

The law says if your car’s engine is running, you need to be “in control” of it, which likely rules out you being in your house in the warm while your car ticks over outside.

What you shouldn’t do

Use boiling water: Recent research by Halfords, which polled 1,600 motorists about their winter motoring habits, a whopping half of all motorists have used a kettle of hot water to defrost their car windscreen. But that could be a costly mistake as the sudden warmth hitting your windscreen in chilly temperatures could lead to the glass cracking.

Just leave it: Sure it’s tempting to stick the heater on full and drive off hoping the screen will soon clear, but that’s a move that could land you in trouble. According to the Highway Code “windows and windscreens must be kept clean and free of obstructions to vision.”

Wait for it to clear: Er, hello? Haven’t you been paying attention to the environmental warnings? While ultimately effective, this is the least environmentally friendly option thanks to extra fuel you’ll use.

Start the wipers: Tempting though it might be to speed the process along by using your wipers to help shift the ice, starting up wipers that are frozen to the windscreen or jammed by snow, could cause damage to the mechanism.

Use a credit card: Over a third (35%) of drivers have admitted to using a bank card to scrape ice from their windscreen. While it may seem like a good idea, using anything other than a proper ice scraper risks scratching the glass. Of course it could also cause your precious card to snap too, rendering you card-less, and potentially therefore cash-less.

Effective ways to de-ice your car

Use a windscreen scraper or de-icer: Both offer the easiest and safest method to free your car of frost.

Make a DIY de-icer: While de-icers are effective, there are some more cash-friendly ways to remove ice from your screen. One easy method is to mix up a solution of water with a teaspoon of salt, before pouring it over any frozen areas. Use this sparingly, however, as salt could cause damage to the windscreen and avoid hitting the paintwork as it is also corrosive. Mixing up three parts of vinegar to one part of water will also do the trick, but could be a little on the smelly side. 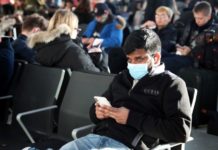 Protect your kids this winter