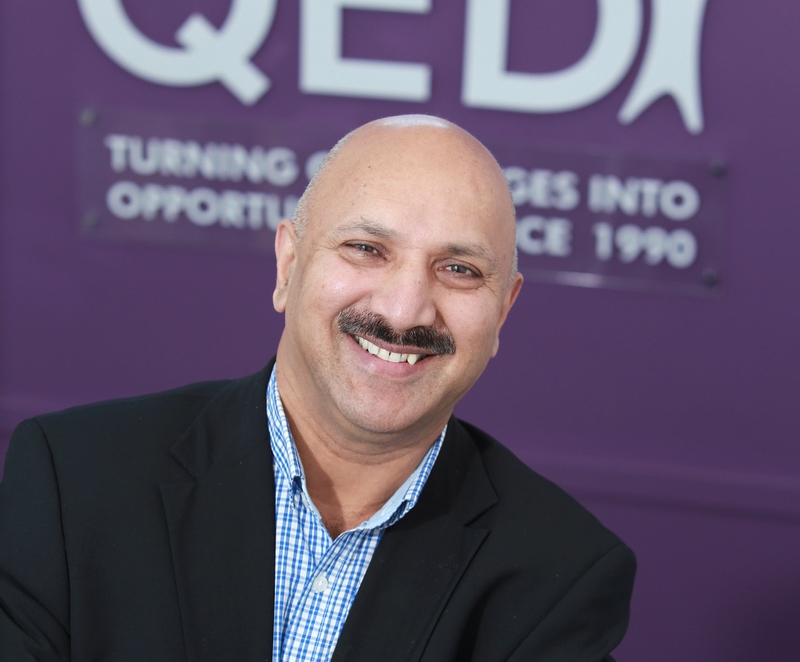 The Bradford-based organisation QED Foundation helped to organise a consultation event for the Cabinet Office in the city and its deputy chief executive Adeeba Malik CBE was on the report’s steering group.

Now the charity wants to see the audit findings translated into positive action to make sure that no one is held back because of his or her race.

“The statistics on the new Ethnicity Facts and Figures website show just how difficult it is for people from less privileged backgrounds to improve their circumstances in Britain today,” says chief executive Dr Mohammed Ali OBE.

“But they don’t tell us anything new.

“We have been campaigning to raise awareness of the barriers that prevent people from BAME backgrounds from fulfilling their potential since 1990.

“Every day we work with men and women who face a daily struggle to earn enough money to provide for their families or even find a job, despite often being highly qualified.

“This is only the latest in a long series of reports highlighting just how stratified British society remains – yet until now there has been little sign that policy makers are prepared to do anything about it.

“We welcome the prime minister’s promise to launch a programme of work to tackle some of the disparities in the audit. However, we cannot create a truly fair and cohesive society unless the private, public and third sectors work alongside the government to make sure that everyone is able to enjoy the same opportunities.”

QED Foundation has helped more than 30,000 people from ethnic minority backgrounds to progress through its education and training initiatives. It has invested more than £15m in disadvantaged communities and has particular expertise in supporting new arrivals to settle in to British life and become economically active. It also campaigns and influences politicians, senior decision makers and businesses to create a level playing field for people of all ethnicities.

Curry Capital: City receives fifth title in as many years