Leeds joins Bermuda, Abu Dhabi, Yokohama and the Grand Final on the Gold Coast as locations confirmed for 2018

Last month, in excess of 70,000 spectators cheered on the world’s best triathletes including local heroes Alistair and Jonny Brownlee who celebrated a second successive one-two finish in Millennium Square as the city received a true triathlon takeover.

Now the International Triathlon Union (ITU) has confirmed the ITU World Triathlon Series will return to the city of Leeds for a third successive year on 9th and 10th June 2018.

Leader of Leeds City Council Councillor Judith Blake, said: “We are extremely proud and excited that Leeds will have the opportunity to host its third ITU World Triathlon Series event in 2018.

“The atmosphere generated by the large crowds in attendance at the 2017 Columbia Threadneedle World Triathlon Leeds events was simply unbelievable and some of the best that the sport has ever seen.

“Next year’s occasion promises to be just as spectacular and we look forward to welcoming once again both athletes and spectators to the city where they can be guaranteed another huge Yorkshire welcome.”

This year’s elite races were broadcast live with over two-million people tuning in to watch the Brownlee brothers deliver a dominant performance in their home city. In the women’s race, World Champion, Flora Duffy of Bermuda won the title, receiving a huge roar from the knowledgeable crowd as she crossed the finish line on the blue carpet.

The elite stars of triathlon were joined by almost 3,000 amateur triathletes who took part in beginner and mass participation events across the weekend.

Entries for the mass participation races will be open shortly, and with 91% of participant’s saying they would be taking part in the next staging of the ITU World Triathlon Leeds. Organisers are urging triathletes and fans inspired by the 2017 event to register their interest now.

The 2018 event will once again be supported by the National Lottery and organised by British Triathlon, in partnership with Leeds City Council, UK Sport and the ITU. Organisers will be looking to build on the high quality experience delivered for this year’s participants, fans and volunteers as the event aims to inspire even greater participation in the sport of triathlon.

Marisol Casado, ITU president and IOC member, said: “We are delighted to come back to Leeds for the third year. It is always amazing to see the support of the people of Leeds to this event, the thousands of spectators cheering on the streets, and the city showcasing its best all over the world.

“It’ll be again, superb to have the greatest triathletes in the world competing here, along with thousands of amateur triathletes.”

Jack Buckner, Chief Executive of British Triathlon, said: “To have confirmation of the 2018 event, shows the level of success of the Leeds leg of the ITU World Triathlon Series and the team can’t wait to deliver another outstanding triathlon experience for everyone next year.”

UK Sport CEO Liz Nicholl said: “The city (Leeds) has staged two hugely successful editions of the event. As we build toward Tokyo 2020, we are proud that the ITU World Triathlon Series in Leeds will be part of a package of international sporting events, backed by National Lottery funding, that we will stage in the UK over the coming years.”

Leeds City Council is the second-largest local authority in England with a population of around 776,000. As well as bringing world-class events, the city is building towards its ambition to become European Capital of Culture 2023. 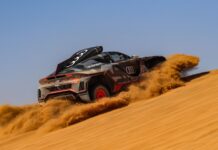 Ensure you insure with the best